Jerusaleum, capital of Israel for over 3,000 years 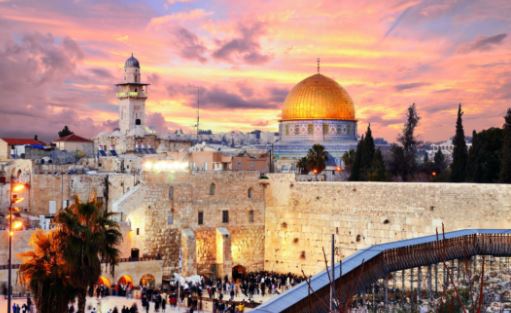 When people talk about the “peace process” in that region of the world, I have some questions, “What peace process?” Didn’t that go down the tubes in 2014 with former Secretary of State, John Kerry? Yes, it did.

Has the United Nations been successful in establishing peace in the region? NOPE.

Most embassies are located in the capital of the country. I commend President Trump for having the chutzpah to recognize Jerusaleum as the capital of Israel and to plan on having our embassy relocated to that city.

You’ve got United Nations resolutions that typically and traditionally condemn Israel. Why? Simplistically, because of the numbers not to mention anti-semitism. Just like our local Del Norte County Board of Supervisors has a 3-2 deadlock over many issues, so to the UN because of the number of Arab nations that continually vote against Israel. It’s no surprise that the UN got the following vote on this resolution: “reiterated that any actions by Israel, the occupying Power, to impose its laws, jurisdiction and administration on the Holy City of Jerusalem were illegal and therefore null and void.” Now, the European countries have united with the Arab nations. The vote was 151 in favor if the resolution and six against, with nine abstentions.

Here’s the list of the six counties that vote against: Canada, Marshall Islands, Micronesia, Nauru, the United States and Israel itself.

At issue has been the long sought after peace agreement between Israel and the Palestinians with East Jerusaleum going to the future Palestinian state and Western Jerusaleum staying with Israel.

Although President Trump didn’t state any opinion on the future of the TWO Jerusaleum’s, his recognizing Jerusaleum as the capital of Israel seems to take away the United States neutrality on the subject making it harder for the US to be a broker for peace. Harder, but not impossible.

4 thoughts on “Jerusaleum, capital of Israel for over 3,000 years”