Joey Young Case: The Sentence that makes NO Sense 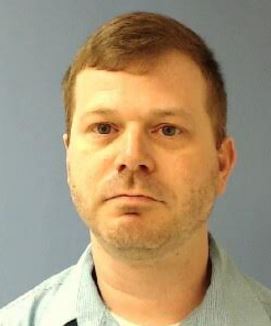 The Del Norte County District Attorney’s Office announced that the Honorable William H. Follett rejected the five year state prison commitment that was requested by the District Attorney and recommended by the Probation Department and instead sentenced Joseph Aaron Young (41) of Crescent City to three years of probation with one year in county jail.  Young will be eligible for release in less than six months.  A Del Norte County jury found Young guilty last month of two felony counts and two misdemeanor counts related to an inappropriate intimate relationship he had with a juvenile male who was 17 at the time.  Young, a former cheer coach at Del Norte High School, met the juvenile in the spring of 2014 when the then 16 year old tried out for the cheer team.  Young was the juvenile’s cheer coach during the 2014-2015 school year.

The jury found Young guilty last month of two felony counts of Contact of a Minor with Intent to Commit a Sexual Offense for arranging meetings with the juvenile on April 6 and 7, 2015 to engage in lewd and lascivious behavior; one misdemeanor count of Annoying or Molesting a Child for a course of conduct from October 1, 2014 through September 1, 2015, the last day the juvenile was a minor; and one misdemeanor count of Disobeying a Court Order of June 30, 2015 that he stay away from the juvenile after the police caught the two at a late-night rendezvous around a campfire at the beach on July 12, 2015.

The jury heard evidence over the course of three days that included 100’s of electronic messages exchanged between Young and the juvenile, many of which were highly sexual in content and showed the depth of the intimate relationship that had developed between the two.  The juvenile and Young both testified that they had no inappropriate physical contact before the juvenile turned 18 but both admitted to doing so shortly afterward.

Del Norte District Attorney Dale P. Trigg, who tried the case last month, argued that the position of trust that the defendant violated and the 23 year age difference between the defendant and the juvenile were the two factors that drove the investigation and prosecution of this case from the very beginning and should result in a five year state prison sentence in the end.  Trigg also argued that the defendant was smug and arrogant throughout this process, defied a court order to stay away from the juvenile, lied to the jury, manipulated the juvenile into not cooperating with the investigation and lying to the jury, has blamed everyone else for his crimes and has never taken responsibility or shown any remorse for his actions.

The Probation Department agreed with Trigg in its pre-sentence investigation report submitted to the court as required by law, which included the recommendation that probation be denied and that defendant be sentenced to serve five years in state prison.  “The first thing that struck this officer in beginning the process of authoring the pre-sentence report was the ease in which defendant employed his position as the victim’s cheer coach and the extended amounts of contact it afforded him to facilitate the minor’s participation in a sexual relationship.  A close second to that is the almost unrepentant attitude the defendant has about the entire situation.  In addition to the illegality of the situation, the manner in which the defendant utilized his position of trust to lure an obviously immature student into a sexual relationship is morally repugnant.”

During the sentencing hearing, Judge Follett characterized the defendant’s testimony more than once as “fantastical” and that the jury clearly found it incredible, a sentiment that Trigg told the court was echoed by all 12 jurors he spoke with after trial.  Judge Follett also agreed with Trigg and the Probation  Department that the violation of his position of trust as the juvenile’s cheer coach was by far the most aggravating factor in the case weighing heavily against a grant of probation.  Nonetheless, Judge Follett decided that on balance, the factors weighing in favor of granting probation to the defendant outweighed those against granting probation, citing the “willingness of the victim” as an example.  “I respectfully disagree with the court’s determination that the ‘willingness of the victim’ was a factor that should benefit the defendant and result in a grant of probation.  In my view, juveniles cannot be ‘willing’ participants in a sexual relationship with adults,” Trigg said.

“I am disappointed with the sentence in this case,” Trigg said.  “I started my sentencing argument by focusing the court’s attention on the California Rule of Court that states that the general objectives of sentencing include punishing the defendant and deterring others from criminal conduct by demonstrating its consequences.  I do not believe that this sentence accomplishes either objective.  It does not adequately punish this Defendant for what he did and it sends the wrong message to our community.  That message is that a 40 year old high school coach can sexually pursue one of his 17 year old students for an entire school year, take the witness stand and lie to the jury about it and still get probation,” Trigg said.

8 thoughts on “Joey Young Case: The Sentence that makes NO Sense”