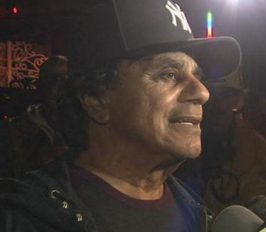 His $6 million home is uninhabitable, but he owns a place in Santa Inez where he plans on living until figuring out what to do.

Santa Inez is located in Santa Barbara County and has developed into a wine producing area.  The Danish tourist town of Solvang lies in the Santa Inez valley.

Mathis, famous for his songs of the 50’s, could have tried out for the Olympics.  A gifted athlete, Mathis set a high jump record while attending San Francisco State of 6 feet, 5½ inches, only two inches shy of the Olympic record at the time.  While performing at a club called The Blackhawk,  he caught the attention of Columbia Records producer George Avakian.  Instead of going off to the Olympics, he signed a contract with Columbia Records. The rest is history.