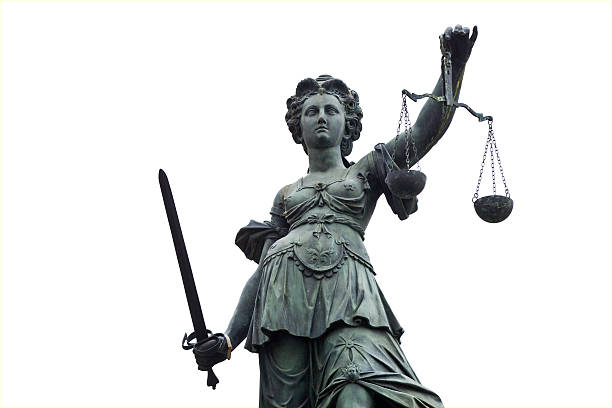 In Blue States, Counties and Cities throughout the United States, crime has become epidemic and
communities have descended into anarchy. This dystopian collapse of civilization is not only due to
“Social Justice Warrior” politicians, buy by like-minded Leftist Appellate and Supreme Court Justices.
California Justices have led the pack by exerting their judicial powers to overturn “White Societal
Norms” to create a Multicultural Socialist Utopia. This new utopia will include a new normal that was
unthinkable in previous generations.

Already, felons have been released from California prisons and dumped onto our streets. California’s
“Sanctuary State” has become a Mecca for “Walk-Away” border crossing drug and human traffickers.

Our Law Enforcement Officers have been stripped of both police powers and funding. Social Justice
Prosecutors routinely release dangerous felons without bail shortly after arrest. Theft and vandalism of
property valued less than $900 does not even merit a police report. Meanwhile, law-abiding gun-owners face draconian restrictions and possible confiscation. But, it is only going to get worse.
After the elections, if the Social Justice Warrior justices remain in power, we will see law-abiding
California citizens stripped of their Constitutional Rights and fed to the criminal wolves. We will soon
follow Illinois’ “Safe-T Bill” which allows no cash bail release of offenders arrested for Stalking, Armed
Assault, Kidnapping, Battery, Breaking and Entering and just about every felony imaginable. The existing
revolving-door for criminals will be thrown wide-open. Criminal Trespass in most Illinois jurisdictions
merits no more than a quick police written citation (ticket) and immediate release. Imagine what it will be like when the epidemic of legally protected shoplifting in California’s retail stores extends out to the
suburbs, small towns and rural areas. Will Californians lose the Castle Doctrine along with their right to
self-defense?

Not only will crime become even more unmanageable, but social taboos will be mandated. A child’s
“Rights” to determine their own “Biological Sex,” complete with surgical alteration (castration or
mastectomy), without the notification or consent of parents, could be applied to as young as preschoolers.

Our current “Social Justice Warrior” California Supreme and Appellate Court Justices were nominated by
Governors Jerry Brown and Gavin Newsom. These Justices destroyed California’s economy during the
draconian Covid lock-downs, supported Newsom’s financial Covid attacks on churches, repressed and
bankrupted medical practices that did not comply with Covid mandates, mandated vaccinations and the
firing of both government and private employees who refused, allowed the foreclosure and transfer of
tens of thousands of homes to wealthy slum-lords, encouraged the victimization of homeless families by
releasing dangerous felons into their midst, supported Newsom’s Sanctuary State of drug and human
trafficking, mandated hostile environmental water policies that release half our water into the ocean while making cities die of thirst, drove our industrial tax base out-of-state because of environmental restrictions, bankrupted our Middle-Class through Covid restrictions and led to the exodus of millions of productive citizens, handcuffed police from doing their jobs, mandated the political and sexual indoctrination of our youth, supported attacks on free speech by mega-rich and powerful social media allies in Silicon Valley, encouraged political repression against all political opponents of the Radical Left, supported the Marxist principals of wealth redistribution through race-based “reparations,” stripped away the rights of law-abiding citizens while letting criminals run wild and unpunished on the streets.

We are asked to vote for the retention, or placement of like-minded Justices in the 2022 election. That
means that even if Conservative politicians are elected, the Courts will be packed with Social Justice
Warriors to overturn new legislation.

If you consider yourself a Social Justice Warrior, and support the overthrow of free-enterprise, private
property, Judeo-Christian “White Supremacist” and “Patriot Extremist” values, morals and ethics that
form the foundation of our legal system, and oppose incarceration or punishment for all criminals; then a “YES” vote for Justices would be your decision.

If you believe in private property rights, sanctity of life, self-defense and home protection, private
industry, Constitutional Rights, the sanctity of home and family, and the removal of career criminals and
dangerous felons from our streets; then a “NO” vote for Justices in the 2022 election would be
appropriate.

Make an informed decision. It is no problem finding Ultra-Liberal recommendations on the top-of-the-
heap on Google, Yahoo, and other mainstream media corporate search engines. “Judge Voter Guide” (https://judgevoterguide.com/) is a conservative website dedicated to removing Social Justice Warriors in every jurisdiction in the United States. There, you not only are given their evaluation criteria and ratings, but access to information about each candidate. Every California Justice on the 2022 ballot was placed there by either Governor Brown or Newsom for a political reason; and that should be indicative of their loyalty to the “Social Justice Warrior” cause.