Just Another Day At The Office 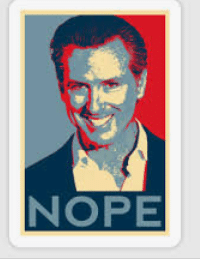 It is refreshing to notice that the “Empty Suit” in Sacramento is just
as stupid as our local lords.  Governor Hair Gel just announced his
latest dumb idea.  About equivalent to the Board of Supervisor’s recent
decision to revive the local Tri Agency, Lord Newsom has decided to
float his “Historic” $10 billion “Zero-Emission Vehicle Package to
“Lead” the “World’s Transition to Clean Energy, And Combat Climate
Change.”  If only it was possible, we could now stop laughing at the
gullible fool.  It will be interesting to note just when the Sacramento
maestro learns that he has been gulled by his own fantasy.  But then
again Hair Gel likes to hear himself talk, even if it is nonsense.

The blow hard begins his pitch by talking about electricity being
“easier and cheaper than ever before to go electric”.  Clearly he
doesn’t understand that the State already has difficulty providing
electricity for its population, and most of that is provided by carbon
based production.  He also seems to be unaware of the fact that
electricity has risen in cost for most of the past several decades.
Clearly he believes, if he lies often enough about electric vehicles,
like magic everyone is going to go out to buy an electric vehicle solely
to fight the governor’s obsession with “Climate Change.”

The next conundrum that Newsom faces as he crows about California being
50% of the “Zero Emission Vehicle” (ZEV) market, is the fact that only about
8% of all vehicles sold in the United States are ZEV’s.  It will likely
be somewhat past Newsom’s deadline of 2035 before California, let alone
the US, can do away with fossil fuel based vehicles.  That is if it is
even possible to get to the position of ZEVs throughout the state by
2035 given the problematic dance with production of electricity he
currently has.  Californians currently have availed themselves of about
10% of the vehicle market with the purchase of a ZEV.  Just a ways to go
maybe?

Yet, Newsom’s problems do not end there.  His “Plan” includes an effort
to get low income citizens into ZEV’s, something they couldn’t have
afforded even if they wished to transition to electric vehicles.  Thus
far ZEV’s have remained strictly for the most part in the hands of the
virtue signaling wealthy or the government.  Most folks in California
can’t come up with the pocket change for a vanity car so as to be
“Climate Change” sensitive.  One has to wonder whether or not this is
more about the climate agenda or social equity.  Most folks are having a
hard enough time as it is without seeing their state government spending
billions of dollars buying homeless people electric cars.

Newsom’s “Plan” goes on to talk about electric infrastructure, more
neighborhood charging stations, most of which sit idle for most of their
existence, short haul trucks, transit buses, off road equipment, and
school buses at what he fails to mention an extremely high cost.  Again
he references the need for equity in all of this massive redistribution
of taxpayer money, and plows through all of the obvious major problems
with his “historic plan”.

He concludes with California becoming a “working” model for how to
aggressively fight the “Climate Crisis” while bolstering the clean
energy economy.  He claims what he is doing here is unprecedented in
both nature and scale.  The remaining points he wishes to make enter
into the fantasy land of his expected outcomes.  None of which include
any measure of reality.  Despite what Newsom “wishes” and the Biden
Administration’s efforts to destroy the fossil fuel industry, ZEV’s only
by 2035, or even 2045 in California are a “Bridge Too Far”.   If only
the “empty suit” understood that….