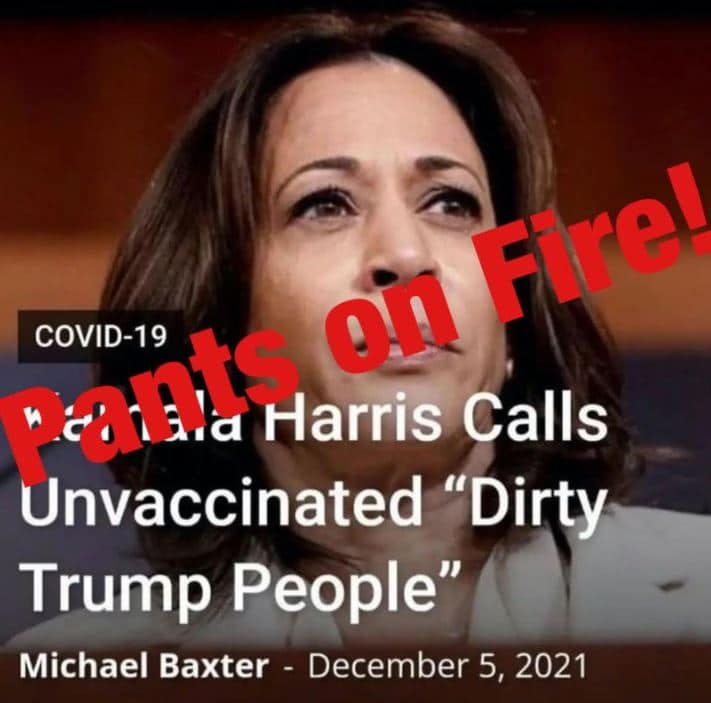 America’s most pathetic victim is at it again.Blaming everyone and anyone but herself, victim Harris finger points her gender and her partial African-American race which advanced her to faux-elite status from San Francisco to Sacramento to Washington DC to the scorn of disappointment by American Whites and NOW many of her fellow DEMS, for her latest crybaby victimality. Pathetic!!!

She was (and is) woefully inadequate and bereft as:

* U S. junior Senator from California

* VP under arguably the weakest President since Warren G. Harding.

I’m fed up with this phony victim. She disgusts me.

When I served the voters of District 1 Del Norte Board of Supervisors for eight years, I shunned ever to meet with her underlings from Sacramento or Washington, DC, a waste of my time as your public servant.

In one-word, I would describe Kamala Harris as: UNRESPECTABLE !!!

She’s getting everything she deserves and hopefully the HEALTHY CRITICISM of this political charlatan will NOT abate.

America is not a the racial caldron of hate as Harris would have you believe and embrace.

Harris is an opportunist human. chameleon of the WORST kind. Nothing is her fault; she lives in a self-created racial barracks of political fantasyland. She has painted herself into the obnoxious and noisy racist corner of victimhood surrounded by the likes of Anti-Semites, anti- Israel, anti- family Black Lives Matter and the ultra Left California Endowment. It’s U G L Y !!!The current VP has put new meaning into the dysfunctional, unimportant and trivial Office of Vice-President, in which she presently exists.

What could be more frightening than Kamala Harris as Vice President? Or as Border Czar?

One thought on “Kamala Harris: The very definition of ABJECT FAILURE”