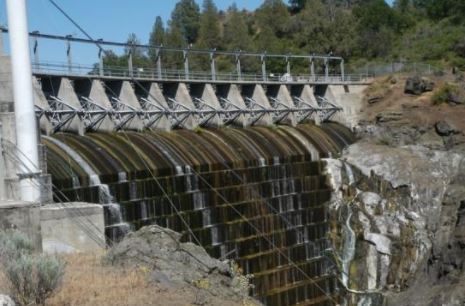 Do you pay a power bill?  Have you looked at all the charges lately?  There are nine separate charges.  Let’s just bypass the first three obvious ones:

4. C E M A = Catastrophic Event Memorandum Account started April 1, 2018. This increased rate is in place for two years.  It’s caused due to winter storms and fires and goes into Pacific Power’s account to upgrade their systems.  You won’t find this on their website yet: www.pacificpower.net.  But if you have any questions, call 866 849 8390.

5. CPUC Surcharge – “This state-mandated surcharge supports the regulation of utilities by the California Public Utilities Commission.”

8. State Energy Resource Tax – “Funds collected from this state-mandated charge support the operation of the California Energy Commission, which is the state’s primary energy planning and policy agency.”

9. Klamath Dam Removal Charges – “This state-mandated surcharge provides for funding costs associated with the removal of Klamath River Dams as stipulated in the Klamath Hydroelectric Settlement Agreement executed on February 18, 2010. The monies collected are currently in a trust held by the California Public Utilities Commission.”

This year the Klamath River Renewal Corporation (KRRC) took over ownership of the four hydro dams on the Klamath River from Pacific Power. Three of the dams are in California, Bob Berkowitz’s 5th District, and the fourth is in Oregon. They are the entity that will be hiring the people and companies to remove the dams.  Currently, that’s to begin and hopefully be completed in two years – 2020.

KRRC is a non-profit with $450 million in the bank. The anticipated cost is upward of $300 million.

$200 million is to be collected from Pacific Power’s customers.  In that account there is currently about $150 million.

All four dams are set to be demolished at the same time by separate crews.
Dave Meurer is the community liason for KRRC.  His job is to keep the public informed.  In a 22 minute radio interview he explains

These are the signatories State of Oregon, State of California, the Dept. of Interior, Dept. of Commerce, PacifiCorp andTribal Governments, are all the parties along with environmental law and mitigation that have agreed that this project makes the most sense.  They looked at fish passage and the costs were too high.

The KRRC offices are in Berkeley, San Francisco and Oakland.

David Meurer works out of his home in Redding. There are two employees.  They exist for only one purpose; hire the best in the business to decommission the dams and then KRRC goes away.

There is an urgency because fish numbers are collapsing.  They will be opening up 400 miles of historic habitat above the dams.