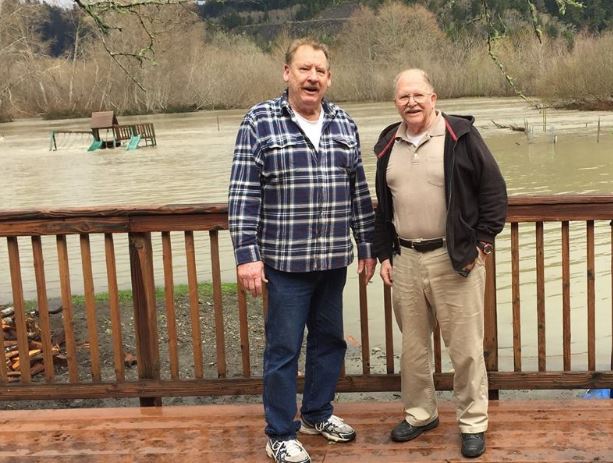 Friday,  2pm, Klamath has a long way to go before things go back to being normal. The entrance to Klamath Beach Road is completely flooded.

That’s a playground that is now the middle of the Klamath River. I met with many folks who remarked that the county has responded in a very timely manner and now they may have four days to get ready for the next big storm.

Aaron Funk of KampKlamath almost lost everything when the water came inches from the front of the store.