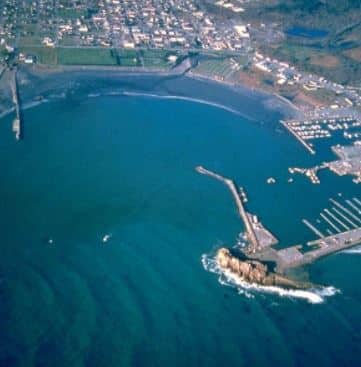 I have not attended any recent Harbor Commission meetings but I did observe this last one, June 21 meeting. I wish I hadn’t attended.

On the Agenda, three discussion items were prominent.

3a… Discuss and vote to approve Resolution 22-10 to commit to fund a share of the Tri-Agency Economic Development Authority debt to the United States Dept of Agriculture. This Authority is moribund, alive in name only, a Joint Powers Authority of the City, County and Harbor. The Agency has been woefully unsuccessful and managing to incur approximately $290,000 debt. The Tri-Agency is unable to pay back this debt which now falls on the back of the Public. There was discussion about repaying the debt back with each member paying 1/3 portion. Another discussion was the Harbor to pay back as little as 8 percent of the bad debt. Without clarification as to who benefited from the process, the Commission voted unanimously to show “good faith” and repay the USDA $5,000 per year for the next five years. There was zero discussion on how Tri-Agency found itself in this quagmire.

Folks, this is YOUR money and because of what I could identify as Tri-Agency malfeasance, you public end up holding the bag.

The item should have been tabled before disbursing dollar one.

It’s been 15 months since EYE ON DEL NORTE brought this priority matter of dredging the inner Harbor near tenant Fashion Blacksmith with when this small local area could be properly dredged and allow access to the FASHION pier. This abject failure has severely damaged the ability for FASHION to repair larger vessels.

Harbormaster Tim Petrick repeated the same drivel with no clear path to dredging this variable. The Commission and Mr. Petrick have failed to move the needle. The Harbor is no closer to dredging the FASHION Blacksmith area than it was almost a year and a half ago. Whose fault? Who cares?

For merely doing his job, the Harbormaster receives a huge bonus.

Folks, we’re not rewarded for E F F O R T, however tepid in this matter. One is rewarded for