Latest on Newsom Recall: Signatures surpassed the magic number: 1,495,709. What happens next? 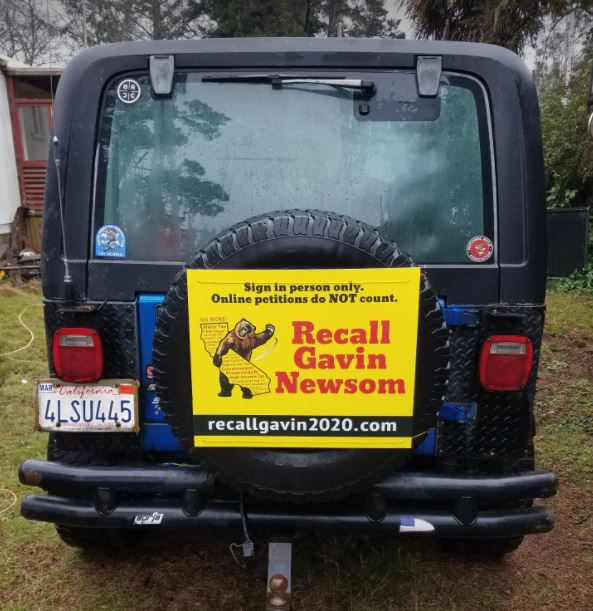 Whether it’s the highest state income tax in the nation,

Largest homelessness in the nation,

Being Nancy Pelosi’s nephew or

Not wearing a face mask while dining with friends at the French Laundry (which costs $350 per person plus add wine to the meal and that figure could be closer to $500 per person). This was at a time when he discouraged Californians from socializing. The “do as I say, not as I do” did not go over well.

While the list is much longer, actually recalling him has had several unsuccessful attempts until now. Anne Hyde Dunsmore, campaign manager and finance director from Rescue California, is shooting to collect between 1.8 million – 2 million signatures. They already have over 1.5 million and submit them each week to the counties. She calls the need for so many more signatures the “shenanigan buffer.” Here’s why. Signatures are being checked behind closed doors which means that some will be discarded and invalidated. Nobody gets to watch those validating the signatures. Those discarded signatures could be for valid reasons like signing twice, or for not so valid reasons.

In Del Norte County, Registrar of Voters, Alissia Northrup, states that they receive signed petitions and check signatures weekly. As of January 6, 2021, they received 1,103 of which 138 were invalid leaving 87.49% valid.

Assuming the 1.5 million valid signatures is reached, sent to the Secretary of State and a date set for putting the recall on the ballot, what happens next?

According to Mrs. Northrup, “As far as someone from Del Norte running for Governor…..  The recall is a two step process.  First is the recall attempt of Newsom.  If there are enough signatures we will then have a filing period for people to take out papers to run to replace Newsom.  The recall ballot would be a two part question…. First it would say ‘Shall Gavin Newsom be recalled?’  If you say  “yes” it will then ask ‘Who shall replace him’ and you would vote for your choice as a replacement.”

Chamath Palihapitiya. Billionaire with dual citizenship; Canadian and US. Born in Sri Lanka, his family went to Canada receiving refugee status. Now 44 years old, he’s a venture capitalist, who was previously a senior executive at Facebook between 2007-2011. He has openly supported the effort to unseat Newsom. He has declined to state which party he will run as, but has consistently donated to Democrats.

John Cox, millionaire businessman from San Diego who ran against Newsom in 2018 with 38.1% of the vote.

Before the 1.5 million signatures were announced odds makers were quoting Newsom’s chances of being recalled at 5-1. Now it’s down to 2-1.

The previous successful recall of a sitting California governor was in 2003 when Gray Davis was voted out, and Arnold Schwarzenegger elected. In total, there were 135 candidates on that ballot.

By all indications, with a month left to collect more signatures, the recall will go to the ballot most likely in October, 2021.

One thought on “Latest on Newsom Recall: Signatures surpassed the magic number: 1,495,709. What happens next?”