Leave Research to the REAL Scientists! 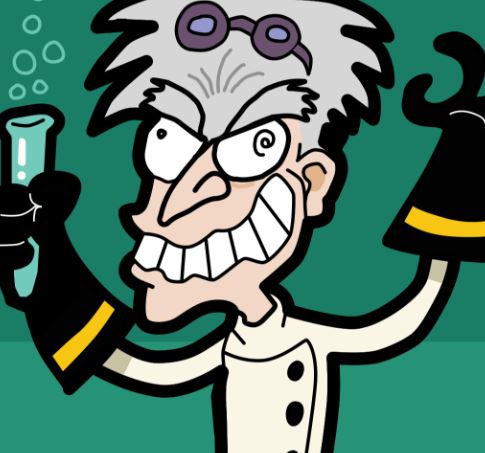 It is not often that I am completely blown away by something said by
those that occupy positions of prominence in the science world.   In an
article found in Forbes published back in July of this year, “Senior
Science Contributor” Ethan Siegel, titled his piece ‘You must not ‘do
your own research’ when it comes to science”. After reading “Dr”
Siegel’s words, I felt I’d been transported back in time to Victorian
England, a place where rigid class society ruled the day.  A place where
fictitious Freddy Simpleton’s, 4th Earl of Stupid, down from Eton
invited me to pop around to his club to lecture me on how things are
supposed to be.  Freddy would be seated in an elaborately upholstered
chair waving a cigar around while he explained to me just how his lot in
life must be the way things were and the insufferable rabble of the
lower orders were not to question his view of the world.

Returning in time to the year 2020, it seemed, at least to me, That “Dr”
Siegel had become the Freddy Simpleton of today while clearly stating
that only scientists of today should be allowed to talk about all things
scientific and the rabble of the lower orders should shut up and lock
step.  Having just a small bit of knowledge regarding the fallacy of
“Dr” Siegel’s kind of elitist thinking, it was not hard to show just how
far he has strayed from being a real scientist.  In his own field of
“expertise” there are literally hundreds of historical examples of the
experts getting it wrong sometimes for thousands of years, then left to
“the rabble” to get science back on track.

In his article’ “Dr” Siegel has tried to convince his readers that in
several of the most recent instances of “consensus science”,
fluoridating water, vaccinations, climate change, and Covid-19, that we
must ignore anything that conflicts with his notion of consensus in his
scientific world.  The problem with that kind of thinking in the world
of science is that we would find ourselves back in time where the
Freddy’s of the world held sway and scientific thinking became like
Freddy’s view of Victorian Society, that those of the lower classes
couldn’t contribute in any way.  It is truly a sad day in the year 2020,
if this is what modern scientists think of us, the non scientists. Of
the four samples of “consensus” science that Siegel has used, there are
many who have valid questions about the notion that there is nothing
further to be learned about these four.  Just as “Dr” Siegel has claimed
it is dangerous to not conform to science, it is dangerous to expect
conformity in science.

It is this kind of shallow thinking that has begun to plague many in the
scientific world of today.  If not for a churchman, not a scientist, in
1543 might we still be thinking that the sun revolved around the earth
and not the other way around? Individuals who claim to be scientists who
do not wish to be troubled by people who do  their own research could
very well be a danger to the discipline they currently inhabit.  The
whole idea not to be locked in a science that has no desire for those
outside of science to be researchers and critical thinkers, is akin to
Freddy’s notion of Victorian society.  Shame on you Dr Siegel. The
science surrounding fluoridating water, vaccinations, climate change,
and Covid-19 is far from over.