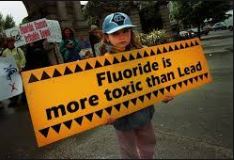 The largest State Legislature in the U.S., with 400 members, is poised to be the first to pass a bill prohibiting the addition of fluoridation chemicals to the public drinking water.  After two public hearings and a year of consideration, the Resources, Recreation, and Development committee in the New Hampshire House of Representatives has recommended HB611, an act abolishing fluoridation, as “ought to pass” by a bi-partisan vote of 12-9. The bill will now go to the House floor in January, where legislators have a history of voting with the committee report more than 80% of the time.

HB611 was introduced in December 2020 by a bipartisan team of sponsors, including veteran legislators and members of legislative leadership.  The prime sponsor, Rep. Leah Cushman, is a nurse who has loved ones with dental fluorosis as a result of overexposure from community water fluoridation.  She authored a powerful OpEd prior to the public hearing last January explaining why NH residents ought to support the bill.

At the first public hearing in January, committee members heard and received testimony about the harms of the practice from a variety of professionals including a pharmacist, a veterinarian, nurses, scientists specializing in neurotoxicity, dentists, and doctors. They also heard from many residents, including parents of children with dental fluorosis and citizens with hypersensitivities to fluoride and concerns over potential thyroid and kidney affects. Much of this testimony was coordinated by the Fluoride Action Network working with local stakeholders.  Due to the pandemic slowing the legislative progress of all bills in 2021, the bill was retained and studied over the summer.  In November, a work session was held, where committee members were updated on the new science since the previous hearing, including a benchmark dose analysis on fetal neurotoxicity.

Of course, the bill was not without opposition from the public health industrial complex.  Opponents included the NH Oral Health Coalition, the NH Dental Society, and representatives of the NH Department of Health and Human services and NH Department of Environmental services, which oversees drinking water regulations. However, committee members had been provided the most recent science prior to the hearing, and it became clear to them that the opposition was relying on inaccurate and outdated talking points and speakers had little personal knowledge of the issue.  A key moment at the public hearing occurred when I urged the committee members to challenge opponents on the neurotoxicity research and ask if they had actually read the studies or were relying on statements from the American Dental Association and CDC. When asked this very question by a member, a representative from Health and Human services admitted he was in-fact reading talking points, but “trusted the people and agencies that produced them.”

NH has a long and enviable history of regulating environmental toxins years before federal agencies and corporate polluters admit harm is being caused and take action.  In 2020, the NH legislature passed a bill requiring the lowest allowable PFOA levels in drinking water.  In previous years, they were leaders in removing MTBE from gasoline, and banned BPA from infant bottles despite FDA and EPA assurances–since proven wrong–that no action was necessary.

HB611 is the result of a multi-year education effort by the Fluoride Action Network. In 2012, responding to the skyrocketing rates of dental fluorosis, we put together a sponsorship team, bill language, and a campaign that ultimately led to the same House committee–Resources, Recreation, and Development Committee–passing HB1416, requiring a statement sent to all water consumers in NH’s fluoridated communities notifying them of the CDC’s warning not to reconstitute infant formula with fluoridated tap water, as this is when children are at greatest risk of overexposure to fluoride.  This bill was passed by the House and Senate, and signed by the Governor.  It has now been law for the past 9 years: RSA 485:14-b.

The NH legislature’s action was prophetic, because two years later in 2014 the US Department of Health and Human Services lowered the recommended level of fluoride in public water supplies throughout the country by 40% from 1.2ppm to 0.7ppm due to the CDC’s data showing overexposure in fluoridated communities.  Ten of NH’s public water supplies were fluoridating at a level of 1.0ppm during this time, so our levels dropped by 30% to 0.7ppm.

Years later, this warning and the reality that the legislature acted correctly despite pleas from the dental lobby, set the stage for this years bill.  Prior to voting to recommend HB611, legislators referenced the infant warning statement, and couldn’t understand why we’d continue adding an additive that harms bottle-fed infants.  They also commented on NH being in the top three states with lowest dental decay for 3rd graders, along with Vermont, despite both states having some of the lowest rates of fluoridation in the country.  When they compared those rates with the states with the highest decay, they noticed most of them have had statewide fluoridation mandates for 30+ years and are 90+% fluoridated.

The bill will now go to the House floor for a debate and vote.  If passed, it will then have a public hearing in a Senate committee some time in either February or March, followed by a vote by the full Senate, then will go to the Governor for his signature or veto.  If successful, this bill could be law by this summer.

The best way you can help this hopefully precedent-setting effort is to support the Fluoride Action Network.  Your support will allow us to help coordinate the best grassroots and grasstops campaign possible over the next several months.  Success in NH will undoubtedly have a domino-effect across the country, as we’re already seeing with a similar bill having been introduced in Massachusetts and another likely to be introduced in Hawaii. Stay tuned, as I will provide more information on our legislative activities in future bulletins.

Stuart Cooper is Campaign Director for Fluoride Action Network. They were instrumental in helping Crescent City become fluoride free in 2012.