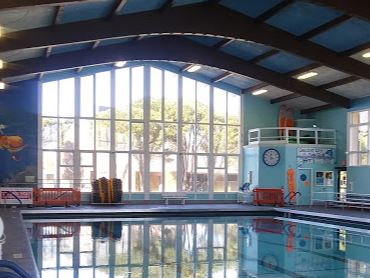 Yes, the City’s Pool is open for business, and a few driveways on H
Street and East Harding Street have been replaced.  The Crescent Fire
and Rescue is set to be a hybrid fire department with new fire captains
and the Crescent City police got some new toys, patrol cars, and two
future patrol officers.  But what does that all really mean?  This is
the City Council’s idea of how to spend Measure “S” money on “vital”
services for the benefit of all that live within its boundaries.  What a
bargain.

The City’s pool is scheduled to lose $380,000 and increasing every year
for as long as they can swindle the City’s voters into believing that
the pool is a “vital” service to the community. The Council has also
invested over $1,000,000.00 in current refurbishments with others to
follow, if possible.  The complaint by the City is that if the Measure
“S” money is repealed in November, the City will only be able to open
the pool part time. What’s wrong with that? Two things, how in the world
has the City kept the pool open in the past without the Measure “S”
funding? And second, how in the world is the City going to keep its
promises in the future if the community pool financial drain is continuous?

There is constant reference to former Fire Chief Steve Wakefield, his
dedication to the City’s fire departments, and his subsequent loss.   It
seems as though in order to replace an irreplaceable man, the City’s
solution is to hire four men and create an on going expense in the form
of paid fire captains.  What happened to aging equipment, an increasing
number of calls, and fewer vehicles?   No mention of the fact that
Crescent Fire and Rescue is largely a rescue outfit these days with very
few fire related calls.  If there was to be any additional money
directed to the fire department perhaps this should be taken into
account before considering the need for a hybrid and very expensive new
agency.

It is not as though Crescent City is a huge metropolitan area; hence,
the need for a huge police force seems a bit over wrought. Hiring a
couple of new police trainees and a part time detective somehow misses
the point of more police.   Yet, how is it that Crescent City was ever
able to function within the confines of the General Fund for years
without any need to supplement its fire and police departments.  After
all those “vital” services must have been front and center whenever the
new budget year rolled around.

Then there are roads and streets.  Looks to me like a little political
theater performed by our City Fathers.  H Street and East Harding are
hardly the hot bed of street repair imperatives, and as such, the road
surfaces were left untouched.  Funny thing about that, where there is
need to repair and resurface most of the City’s streets.  Tearing up
driveways not needing repair and replacing them with new makes a mockery
of the $7,000 of Measure “S” money spent on signs advertising the
expense as Measure “S” funding.  Say what?  Seems the grand two block
Front Street boondoggle is on hold until the cost can increase and
materials be found.  Next year maybe?

So what have we from the $2.1 million in Measure “S” money that
constitutes “vital” services?  Not much.  The claim by Lord Eric Wier,
City Manager, is somewhat of a spin as the City’s “need ” for money for
“general services”, the fire department, policing, and the community
pool can all be easily handled by the space created in the General Fund
by Measure “S” now being employed to give city employees a 3% raise,
spend $750,000 on two blocks of Front Street, and open a community pool
that would be far more practical as a luxury on reduced hours and expense.

If it is true that the Citizen’s Oversight Committee is indeed calling
the shot for how Measure “S” funding is spent, they need to be fired for
incompetence.  The terms “Need, and Vital” are sorely missing from the
recommendations thus far.  The “signage” on H Street should be retired
post haste, surely a joke.   The notion that Crescent City “needs” money
for any kind of service with the current budget closing on $90,000,000
and Measure “S” money a paltry $2 million.  What a charade!  The City
Council needs to quit whining and join the rest of the entire County
that is faced with far more difficult financial challenges.  Stop
comparing sales taxes to larger areas and live within the means of much
of the County’s residents.  It may not represent “excellent ” service,
but it is all we can afford.  Vote “YES” on Measure “T” for a more
stream lined and efficient government, if that is even possible under
the direction of the current City Council.