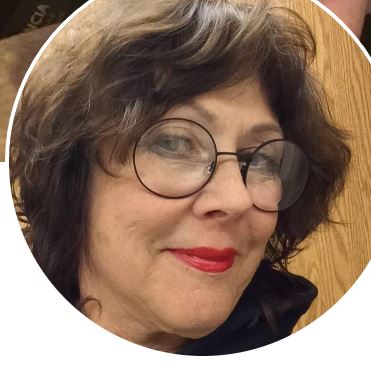 Linda Sutter has our endorsement for Harbor Commission.

She has shown to be more knowledgeable than the Harbor Commissioners themselves.  She does her research. Just look at the five Commissioners at the October 25th Tri-Agency meeting. One blunder after another.  Example:  They previously voted to approve $25,000 over five years to pay off the Tri Agency debt, but forgot to un-do that while voting to pay $40,000.

She has been outspoken not only at the Harbor meetings, but also at the City Council, Board of Supervisors, and the Citizens Oversight Committee for the $25 million School Bond.

The faces of many of the candidates currently running for office are rarely found at meetings until they decide to run for an office.

They may have opinions, but are they really in touch with the constituents that vote? Few go knocking on doors to introduce themselves.

Back in 2007, the City wanted to double the sewer rates. Several hundred people would attend these public meetings. That’s where I met Linda. She was a vocal opponent of what the City was trying to do with the expansion and upgrade of the wastewater treatment plant.

Back then Linda, acupuncturist, Jody Mangum and I would discuss changes at the City Council and all three of us decided to run for office.

Linda and I would walk and talk as we knocked on doors to introduce ourselves to the residents while running for City Council.

It’s really a shame she and Jody didn’t get elected because we might have had a chance at real change in this City.

Since Linda’s earliest writings in Crescent City Times, she has been a watchdog and bulldog about issue after issue.

In January 2013, she wrote about the problems of 911. When we attended the forum this year for third District candidates Hank Akin, Frank Magarino and incumbent Chris Howard, residents were still complaining about 911’s dispatch as being unhelpful and sometimes rude.

We can watch the City Council, BOS and Harbor Commissioners vote 5-0, 5-0, 5-0 month-in and month-out as they rubber stamp issue after issue.  Not going to happen with Linda on a Board.

She definitely has a spine.  She has worked on fighting sewer rate increases and removing the harmful fluoride from our drinking water.  She’s not a push-over and definitely will not rubber stamp in order to get along. Some in town could complain about her demeanor, but one would have to admit that she takes the tough issues and tries to make things right. As an investigative reporter for Crescent City Times, she’s adept at uncovering hidden secrets and agendas of our local government.

She writes: “Crescent City Harbor has a sad legacy of financial mismanagement, broken promises and poor oversight.  For too long the Harbor Commission has dropped the ball in serving the public and fulfilling the needs of Harbor tenants.  Long-standing lack of inner basin dredging has hurt tenants’ needs.”

She brings a level of competency and common sense sorely lacking on the commission by being a 32 year resident of Del Norte County.

She has degrees from colleges and continuing education.  She’s a paralegal and can speak from a legal perspective as well.

We encourage you to vote for Linda Sutter for Harbor Commission.