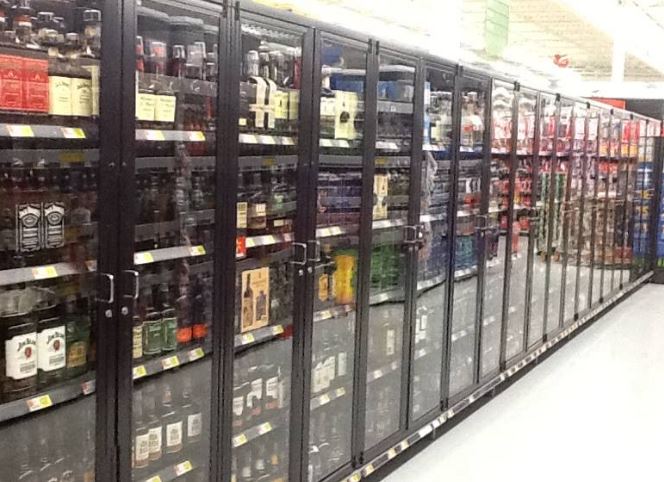 Shop at WalMart today and you’ll notice something new.  The liquor is locked up.

Less than a month ago, Sheriff Apperson met with WalMart General Manager, Peter Davis, and Supervisor 1st District, Roger Gitlin, to discuss what could be done to eliminate the problem of shoplifting hard liquor as well as the problem of adults purchasing and providing minors with liquor.

The decision to lock up the liquor was made and it’s already installed.

Drinking alcohol is not a problem if it is consumed in moderation.  Matter of fact, a little wine or beer is considered good for ones health. But, it becomes a problem when someone becomes addicted.  Many in our town including many of the homeless have a problem with alcohol. It can start during the teenage years.  You’ll see teenagers standing down the street from liquor stores waiting for some adult to bring them a bottle of booze.

Supervisor Gitlin says, “Kudos to Wal-Mart, Crescent City for its leadership role in erecting the hard liquor gates which will work to eliminate pilferage and hard liquor ending up in the wrong hands of vulnerable minors and irresponsible adults. This is a first for WalMart, Northern California with this action. Jewelry, cigarettes and cosmetics are also locked to deter pilferage.  It is my hope other retailers in Crescent City and Del Norte will follow WalMart store #1910. Great job, WalMart team. Great job!”

Wouldn’t it be wonderful if more decisions affecting our town could be accomplished in such record time?