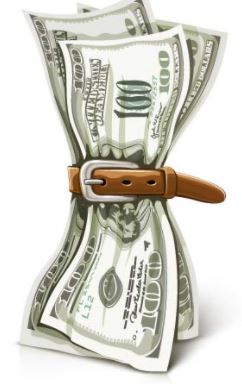 When someone goes to town on a regular basis, they probably don’t notice
much of a change in the cost of things since the beginning of the year.
For those that do not, lengthy stays at home have recently taken on a
whole new meaning.  Things that you buy routinely at the grocery store,
that is if you don’t end up looking at a blank space on the shelf, seem
to be gradually inching upward in cost.  For those of us that buy
somethings nearly every time we go to the store the prices that change
are immediately noticeable.  But it isn’t simply, the things you buy in
the store that has risen in cost, but electricity, insurance, cable TV,
satellite TV as well, your car insurance, and even a landline phone bill.

While some people have been able to work in this time of Covid-19, many
others are not as fortunate.  Property tax, sales tax and now certain
federal taxes are planning to add additional burdens to the public.
Recent news that corporate and wealth taxes are in the works has sent
the stock market in a precipitous decline.  The interesting thing about
this potential move by our federal government is that taxes on the upper
1% do nothing about their standard of living, they will survive rather
comfortably. As it will be here locally, the most affected by this chain
of events will be the bottom of the earnings scale.  Poor people, those
on fixed incomes, seniors, and retirees will be most affected by the
inflation and find it difficult to meet their basic needs.

When people extol the virtues of growing government, they very often do
not understand the connection between it and how it effects their daily
lives in a negative way.  Since the 20th of January, we have a “new kind
of government” from what existed in the four previous years, where you
will soon learn, that is if you haven’t already, that federal and even
state policy changes can effect your life style even at the local level
in a most negative way.  People over the next few years are going to
have to learn how to live in economically tighten circumstances with
fewer frills.

It is not as if the message wasn’t out there before the 2020 election,
but one had hoped that it would at least be delayed for a period of
time.   Inflation, and massive spending at the upper levels of
government in this Country will not change the plight of those who pay
the bills.  Increased tourism and government spending will hopefully
blunt much of the coming economic pain for a few in this County, but
that kind of income is both limited and fickle.  Prepare to tighten your
belts Del Norte.