Loss For Biden. Win for employees. 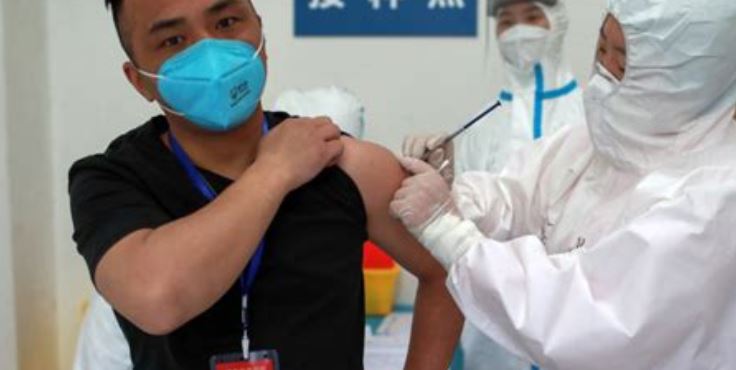 Yesterday was a monumental victory for personal freedom and the US rule of law, as the Supreme Court blocked the Biden Administration’s vaccine mandate with an indefinite stay.

The regulation, for companies of over 100 employees, would have affected more than 80 million American workers and given unprecedented authority to unelected agencies like OSHA. The Supreme Court not only stayed the mandate, but set the legal precedent that essentially makes it impossible for any court to rule in the mandate’s favor. This means the mandate basically has no chance of ever going into effect.

The Daily Wire is proud to have been the first company to file a lawsuit the same morning the mandate was released. And we are especially proud and thankful for the members who showed support throughout the process, as well as the more than one million Americans who signed our petition against the mandate.

Unfortunately, our victory yesterday was bittersweet. While the Supreme Court blocked OSHA’s mandate for private employers, it allowed a similar vaccine mandate for 17 million healthcare workers to go into effect. More details on the rulings below, and on current news surrounding the freedoms Daily Wire will continue to fight for. And win.

The court’s majority held that Congress had not granted OSHA the sweeping power to implement broad “public health” policy under the guise of “occupational” safety. The concurring opinion by Justice Gorsuch, with Justice Thomas and Justice Alito joining, added that the important question is “who,” per the Constitution and precedent, has the authority to implement sweeping mandates.

They conclude that the power “rests with the States and Congress, not OSHA.”

OSHA was created to regulate workplace toxins and environmental hazards. Gorsuch posits that vast vaccine requirements would move regulations outside the workplace and invade the personal lives of workers. Additionally, Congress would have had to clearly and narrowly give authority to OSHA to enact a mandate with such “vast economic and political significance.” Something Congress did not do.

President Joe Biden was not pleased with the ruling, releasing a statement on Thursday afternoon that urged private employers to implement their own vaccine requirements.

“I am disappointed that the Supreme Court has chosen to block common-sense life-saving requirements for employees at large businesses that were grounded squarely in both science and the law,” Biden said. “This emergency standard allowed employers to require vaccinations or to permit workers to refuse to be vaccinated, so long as they were tested once a week and wore a mask at work: a very modest burden.” Millions of employees forced to comply or lose their jobs would probably beg to differ.