Lovin’ those lower gas prices at the pump? 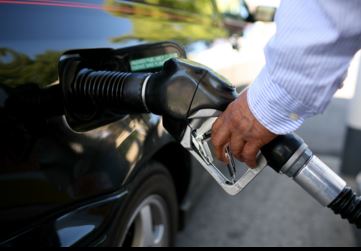 Who doesn’t love paying little more than $2/gal for gas? This is just about the lowest prices we’ve seen in 5 years.

Gas consumption continues at 40 year lows because people have been purchasing more fuel efficient vehicles, or those living in the cities are trading in their cars for bikes or riding the bus/mass transit.

Lowest gas prices in the US for regular are:  Texas, Louisiana and Alabama at $1.84/gal.

Is there a downside to lower gas prices?

Certainly.  51,000 oil workers have been laid off by the big three; Halliburton, Schlumberger and Baker Hughes.  Worldwide 200,000 have been laid off.  That all trickles down into other sectors of the economy both domestically and worldwide.

OPEC set production targets since 1982.  But since 2011, they proclaimed a ceiling of of 30 million barrels a day, but it seems that their members pretty much disregarded that and did what they wanted.

In the last 18 months they’ve been pumping about 31.5 million barrels a day, which exceeds the demand. The oversupply has sent the global oil benchmark to a six-year low. OPEC’s oil production accounts for about 40% of the world’s oil production.

But here’s what’s happening with Saudi Arabia.  They are pumping, and pumping and pumping.  In other words, OPEC, doesn’t seem to have an impact on their members anymore.

Is there any other good news regarding oil?

According to an article in Fox/News/Business December 5, 2015: One of the bright spots in American manufacturing is the petrochemical industry, which produces chemicals used to make everything from car tires to fertilizer to fabrics. According to the American Chemistry Council, chemical companies have committed $153 billion in new investment in production in the U.S. over the next decade.

For now, barring any major catastrophes, we don’t have to worry about $5/gallon/gas like a few years ago.

Moscow claims that Turkey shot a Russian warplane in order to protect its supply of oil with the militant group ISIS. Russian President Putin says that there’s no doubt ISIS is supplying Turkey with oil day and night. An October report by AP claimed that ISIS is extracting about 30,000 barrels of crude oil per day from Syria, much of which ends up in Turkey. These days it’s hard to verify anything in that region due to all the bombing by Russia, Britain, US and friends, except that Russia provided satellite photos to prove their point.

Illicit criminal networks and middlemen are moving oil generated in ISIS-held territories not only across the border to Turkish buyers, but also to Iraqi Kurdistan, to rival rebel groups in Syria and Jordan, and even to the regime of Syrian President Bashar al-Assad. “ISIS sells to anyone, it’s not about ideology,” Fawaz Gerges, Professor of International Relations in the London School of Economics and Political Science says. “They deal with the Kurds, Syrian regime, Islamist rivals. It’s just business.”

On the world scale, ISIS might have been in control of about 1%.  If Presidential candidate Donald Trump gets into office he has said on his December 2, 2015 interview with Alex Jones, that we should have never gone into Iraq.  He said it in 2001, 2002, 2003 and on.  But the US went into Iraq.  So he said at least go in and take the oil.  We didn’t take the oil.  So ISIS got the oil.

We lost thousands of soldiers and spent $2 trillions in Iraq.

For three years, Trump has said, hit the oil, hit them hard, because ISIS is getting stronger.  It wasn’t until the tragedy of terrorism in Paris that Russia went in and we went in and bombed them and it’s making an impact. The problem is that they’ve (ISIS) had a two year edge.

Trump, “I’d say keep the oil and we’ll get Exxon Mobil and others of the oil companies go in and take control of the oil fields.”

The part that is new news is that China is the number one customer for the oil, and that the European Union is also buying oil from ISIS.

China is our biggest concern.  Not just because of the $450 billion deficit we have with them in trade, but they are mining the rare earth minerals in Afghanistan while our American soldiers are fighting and dying and we’re spending and spending to the tune of $1 trillion dollars.

But that’s a story for another day.