Mandates, Are We Tired Of Them Yet? 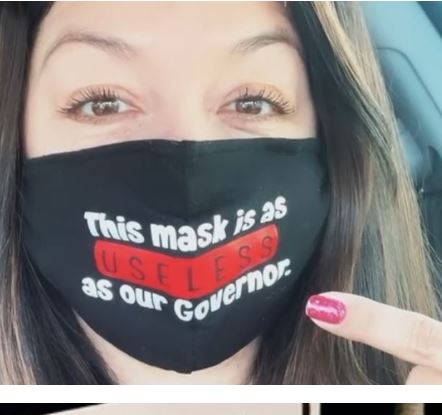 As I have been out and about lately, and witnessed first hand that at
least in some parts of California, many people still are of the mindset
that masking makes some sort of difference in protecting one’s personal
health from a virus.   No doubt, the government, public health and the
media who sold those on their efficacy through mandates are most of the
cause for this failed health intervention still hanging around.  Its
either that, or something about a visit to a local Walmart that brings
on this compulsion to mask up.  Not that I care particularly.   Each
person in this Country is entitled to their own decision to protect
themselves, whether it works or not.

What is troubling, if you asked the wearers of masks, how they have come
to the decision to wear something that has clearly for sometime been
relegated to the trash can, the response for many is because, ” I’ve
been told that it is required or at least strongly suggested in certain
settings”.  Not that it really is required, but the conditioning has had
an effect on many in the population at large by being ordered by
establishment mandate  to “wear a mask in indoor settings”.  If it were
only relegated to the recent experiences that were brought about by the
Corona Virus Pandemic, at least in this Country, those that have been
mandated into submission might be forgiven as a “New” experience not
having ever occurred before.  But it is not such an event, as
governments, bureaucracies, the media,and advocacy groups have long
since begun to indoctrinate the public with mandates, as if we were
unthinking robots, not allowed to make personal decisions of our own.

For the most part, the words, ” its for your safety” or even vital for
the “public’s safety” that has become an overworked set of words that
allow our Federal, State, and local bureaucrats to dictate our behavior
to us.  Clearly the connection to each individual as a thinking and
occasionally rational individual has become lost in the weeds of the
mind set in most bureaucratic settings.  Hopefully most adults and the
youth in this Country are not suicidal and can make decisions for their
personal benefit without the freely wielding of mandates, for the want
of a better term.

Blanket mandates are difficult to impose on large populations as
unexpected and negative results can and do occur.  The examples are a
legion, and I am sure most thinking adults can reel off a whole list of
prohibitions that do not require a mandate, yet they exist.   The recent
experiences with mandates and the negative results that they invoked,
should be a constant reminder of the perils of such actions.  Something
those in charge need to be constantly reminded of it in the future.  The
rush to “do something” should not include doing things that “do not
work”. Being rushed into decisions that can have a catastrophic effect
on large populations is certainly a lesson that should be first and
foremost in all leadership roles at all levels of government. This is
particularly so at the local level where bad policy, rushed decisions,
and programs have an immediate effect on the local population.  This
impulse to correct crises in crisis situations, in hindsight, very
often has a huge negative impact on those that government is meant to
serve.

This is the current state of affairs in Del Norte County, where our
local leadership decided, at the height of a crisis with the Corona
virus, to “correct” long standing personnel issues to the detriment of
nearly fifty percent of the local population.  No lessons have been
learned since.   No corrections made and those with the least once again
feel the bite of a heavy hand.  What is it you say?  While it can be
many things, laws, ordinances, rules to live by, or simply the taxes you
pay to your local government for services.  Which mandate do you suppose
I am referring to? Vote “YES” on Measures “T” and “U” in November.