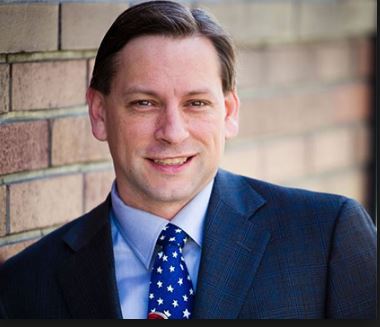 If you’ve ever tried doing business in California, you know that there are more road blocks than you can shake a stick at.

Mark Meuser plans to shake up the position and treat it like it should be:

What’s wrong with the way things are? There is increasingly-severe voter integrity issues throughout California. In his speech before the Del Norte Republican Party Saturday, May 19th, he stressed the need to keep our State based on the rule of law and not let it become diluted by allowing illegal aliens to vote just so the Democrats have a larger voter base.

Let’s look at his background:

Mark Meuser is a native Californian and a small business owner, committed to fighting for honest and fair elections.

From a young age, Mark was an entrepreneur. At age 12, he would pick cherries in the morning and then have a street-side cherry stand that he would operate in the afternoon. He was also hard at work taking care of orphaned animals, bottle-feeding sheep, pigs, and cows. Mark believes that these years of developing character through hard work were important, formative years in his life.

By age 15 he was in a management position at a local restaurant. By age 21, he purchased his own pizza restaurant. While his restaurant business was thriving, Meuser began studying law. He graduated with honors from the Oak Brook College of Law.

In his free time, Meuser loves being outdoors enjoying California’s natural beauty. Whether he is hiking, bike riding, sailing, scuba diving, or snow skiing, Meuser is always quick to enjoy the diversity this state has to offer. Meuser’s favorite bike ride was a five day trip riding down the Pacific Coast Highway from San Francisco to Orange County.