Martin Luther King Jr. Day. Would he be turning over in his grave? 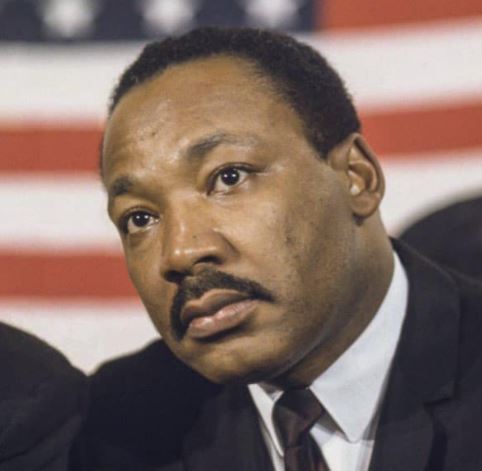 The other day, I was explaining to an Arabian man in our country for six years how Blacks in our country have been been treated and how things have changed over the last century.

Reflecting back to the 1950’s and 1960’s, there was an outstanding man, great speaker and motivator. He was interested in changing our society through non-violence. That man was Martin Luther King, Jr. Born on January 15, 1929 in Atlanta, Georgia. He would have been 92 years old this year.

Before King came onto the scene usually references to racial discrimination were mostly tied to the Southern States that were associated with the Civil War. Separate schools for blacks and whites. Separate toilets. Separate water fountains. Discrimination in hiring and employment practices. A Justice system that was inhumane and unfair. Voting restrictions. Those 11 states that seceded from the union are:

South Carolina, Mississippi, Florida, Alabama, Georgia, Louisiana, Texas and Virginia. People in Virginia couldn’t agree, so West Virginia was splintered off into a separate state in 1860.

Discrimination didn’t end with the 11 states. It also spilled over into California. Around 1939, government sponsored home loans that had discriminatory lending practices would reinforce racial and class bias in home ownership. Sign’s on lawns in nice neighborhoods would state, “No Blacks or Jews.” This was well into the ’50’s and ’60’s. when Dr. Martin Luther King Jr. came onto the scene.

King was an American Baptist minister and activist that preached non-violence. He became a leader for the civil rights movement starting in 1955. He led marches and bus boycotts.

Back to 1955 in Montgomery, Alabama. Rosa Parks refused to go to the back of the bus and relinquish her seat when white passengers got on. It made national news. She was arrested. A boycott was started that lasted 381 days. The young man that organized the boycott was Martin Luther King Jr. The result of the boycott? Montgomery buses were integrated on December 21, 1956.

King organized hundreds of thousands to march on Washington D.C. His speech, “I Have A Dream” was powerful and brought greater attention to the Civil Rights Movement. As a result, Congress passed the Civil Rights Act of 1964 prohibiting discrimination on the basis of race, color, religion, sex or national origin.

Things didn’t change over night. As an example, one of the greatest entertainers, Sammy Davis Jr was hired to perform in Las Vegas in the 1960’s, but he was not allowed to stay in the hotel where he performed, blacks were not provided with dressing rooms, not allowed to drink or dine in the hotel and between acts had to wait out by the swimming pool. As part of Frank Sinatra’s “Rat Pack” Sammy Davis Jr’s popularity grew, he refused to work at places that practiced racial segregation.

Because of the courage to speak out and continue to profess non-violence to achieve racial justice, Martin Luther King Jr was awarded the Novel Peace Prize in 1964.

Racial discrimination hasn’t ended in our country. Not by a long shot. King would be turning over in his grave if he had to witness people burning businesses and buildings, looting, and killing in the name of Black Lives Matter. Sadly his practice of non-violence was meet with violence. King’s life was ended by assassination in 1968.

Today, in honor of the holiday, Federal and States offices are closed along with banks, courts and the stock market.