Mass Exodus, thanks to all who voted “NO” 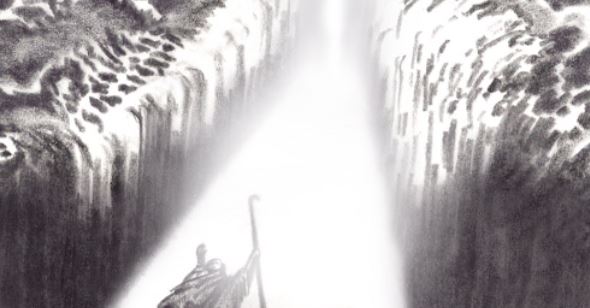 Most assume by the title of the piece that the exodus is yet to come,
but no, it started several years ago and has only grown into a flood
over the last two and a half years.  Fancy that, about when the current
governor took office.  Another hearty thanks to all those that voted
“No” in the recent recall election that became about Republican verses
Democrat instead of the appalling lack of leadership exhibited by
Governor”Empty Suit” and the California legislature.  Not only has the
“Empty Suit” displayed an exceptional lack of leadership, but the
unvarying degree in which he has with making colossal blunders.  With
the added security, he thinks, again thanks to all those that voted
“No”, the exodus will likely accelerate, leaving those that stay to
enjoy the fruits of that vote with escalating inflation, gasoline
nearing $6 in the Bay Area and Los Angeles, and increased cost for
everything else.  California now has the highest average gasoline prices
in the entire nation.

But that is not what this story is about.  Along with the highest
unemployment rate, the most homeless and growing, and the most hostile
state in the Country towards job creation….more of Newsom will likely
push California to that top honor as well. Goodbye New Jersey.  While
California’s population has dwindled in the past two years, business
headquarters in the golden state have joined the move to more friendly
climates Texas for one.  Sixty two company headquarters left the state
in 2020, and already 2021 has seen the flight of an additional seventy
four.  No sales tax, lower gasoline prices, less regulation are just a
few of the reasons for major companies to leave.  The San Francisco Bay
Area and Los Angeles are responsible for much of the flight, good old
“Blue Urban Centers”.

Along with the trickle of commercial businesses that left the state 2009
to 2016, the loss in the years 2018 and 2019 during California’s “boom
years” has been exceptional.  Nearly 800 large commercial establishments
and thousands of medium to small sized businesses have joined the flock
to relocate.  Think the “Pandemic” is responsible, fat chance, the
writing for a bad business environment has been on the wall for years,
but Newsom’s approach has turned the trickle into a deluge.  Two hundred
and sixty five major corporations have moved their headquarters to Texas
alone in the past three years of Newsom’s reign.   And the end is no
where in sight.

Reasons continue to mount along with high taxes, dramatic cost of living
increases, energy costs, and irrational regulations at every turn.  The
Democrats control the State’s government and the voters that put them in
office continue to misplace faith that things will change for the
better. Gone is self reliance and hard work for many to be replaced by a
nanny state led by a governor ill equipped to effectively address the
growing problems found within the State.  Coupled with the current
federal administration, Newsom’s answer to all problems is to spend more
money, forsaking the notion that bad policy towards business and
individual energy will not lead to disaster.

It is almost an incomparable feat, that in fifty years California has
gone from fiscal conservative policies to the Democrat train wreck that
is Gavin Newsom.  Thanks a lot to all those “No” voters in the recent
recall election.  Enjoy the misery that is to come, you’ve earned it.