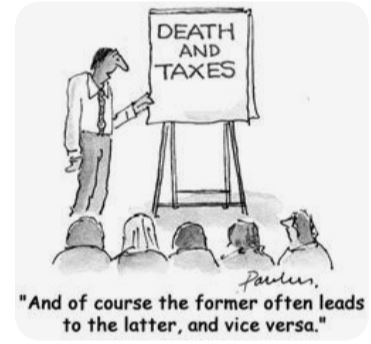 Watching this 45 minute clip is like watching the School District Citizens Oversight Committee.

May 24th at 3 pm the Measure R Committee held their meeting in the BOS chambers. Numbers were not available to the committee members who questioned the expenditures of Law Enforcement, specifically the committee members wanted to see the documentation that supports the raises and expenditures. Mr. Lopez stated that 3 patrol cars were purchased and an inmate van but this did not come out of Measure R it came from the general fund. What the hell is going on here? Especially because earlier this year I had a meeting with Mr. Lopez, Chris Howard, Donna Westfall and Sam Strait where Mr. Lopez stated the purchase of patrol cars was going to cost $600,000 and coming out of Measure R . Smoke and mirrors folks.

The only one who asked pertinent questions on the board regarding Law Enforcement was Paul Winning. During the meeting it was decided that all committee members would be working on the Measure R report through documents. In other words, they will be discussing and making decisions on what to place in the report without public knowledge, which is clearly a Brown Act violation. Sort of like what the school district was doing.

That is not transparency.

Towards the end of the meeting things got somewhat interesting. Mr. Lopez talked about how detrimental it would be to lose Measure R and is clear that he will be driving a campaign to stop the repeal of Measure R. David Jones said while he has been campaigning he has had to explain the importance of Measure R, and although he is explaining to people the importance he admitted he didn’t know what to really say.

What is wrong with that picture?

It is interesting to note that the county plans to hire a full time Grant Writer and if Measure R is repealed they would keep the Grant writer, but everything else would just fall apart, according to Neal Lopez.

How is Measure R curing that?

Measure R gave the Veterans Hall $24,000. This is normally a general fund expenditure, I don’t recall seeing this on the ballot as a push for Measure R. I am not against giving money to the Veterans, they deserve every penny they can get, but if it wasn’t on the ballot why are we using Measure R money for that now? Where is the general fund money that was used previously?

Questions were asked about fixing potholes. Let’s put it this way folks, the roads will not be fixed with Measure R. The questions to ask are how many employees got raises, which departments got raises, how much more each employee will make due to the increase of their wages, and show the documentation supporting those wages. It was mentioned that some believed this information was not to be shown to the public. That person was incorrect to say that because the State Controller Office gives out annual wages and who makes what through California Transparency.

Mr Jones stated he believes that Del Norte County is the most transparent county there is. Nothing like blowing smoke up someone’s bottom, but Mr. Jones is quite transparent when it comes to that.

There is no transparency, just more of the same. Hiding numbers, and moving funds.