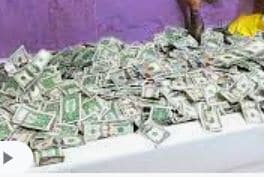 In a recent meeting this month the City is faced with the unimaginable
experience of being flush with cash and no where to spend it on, at
least that represents something useful, and beneficial for the
community..  As such, the City in its infinite wisdom chose the least
likely benefit to the community as a whole, in favor of their collective
obsession with Beach Front Park and Front Street.  Much of the money
from the latest craze will come from:

*a bit over a half million dollars from Build Back Better funding,

*three quarters of a million dollars from the general fund of
the city,

*and a levy from the local transportation commission of $400,000.

What is it for you might ask?  Several decades ago the City’s dreamer team came up with
a master plan that included an architect’s dream world of Front Street
just short of the requirements for a Ferris Wheel and carnival rides
which has now become the City Council’s priority for spending the excess
cash.

According to the City’s Manager, Eric Wier, finishing what was started
at the West end of Front Street is what is the most pressing matter of
what is “most” important to be addressed by the City’s fathers.

A two lane road with eight blocks of new parking lots is of the
most importance to the City’s residents?  Broken up with a cutesy,
cutesy “meandering section” near the entrance to Beachfront Park with
landscaping and sidewalks?  An archway near K Street?  All to the tune
of $10.8 million, plus another million plus to be thrown at the City’s
pool.  No mention of the cost of maintaining such extravagant spending
in the future, $400,000 for the pool ongoing, but what about Front
Street maintenance, and the other “projects” scheduled to be added to
the park.

It continues to defy logic that the current City Council is so focused
on something that will only escalate its financial issues in the
future.  Rather than address more sensible and beneficial issues with
money allocated to the park dreamers, our City fathers continue with the
obsession of making Crescent City into something that isn’t likely to
end well .  Truly not a wise move.  Barring Del Norte Local
Transportation Commission’s refusal to grant $400,000 for the project
the charade will continue.  The City has already indicated it would be
gathering necessary construction materials, putting out bids and going
through the initial planning stages, project to commence in August. Is
this what the local citizens in the City actually had in mind?

Perhaps the overwhelming support for Measure “S” is some indication that
most of the County’s dreamer population lives in the City.  Perhaps most
of that affirmation came as a result of unrealistic expectations that
locals would actually enjoy and use the Park not previously
entertained.  For much of the year the park is virtually empty and
provides no benefit whatsoever that does not already exist in the
Park’s current lay out.  Aside from events that have utilized the park
in past years, of what benefit will the new and improved version bring
to the table?  Will the expense of $25 million to the intended
“showcase” for visitors and locals be the ticket to solving any of the
City’s numerous issues.  Time will tell, as what is being proposed will
not end with the expenditure of the $25 million.  It will just be the
beginning of an endless line item on the City’s future budget…..