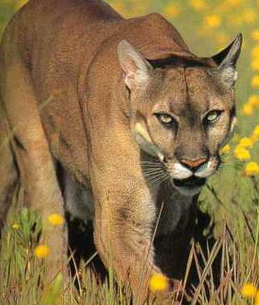 Many residents are concerned with the increased aggressive activity of a mountain lion which has been coexisting for years without aggression.

Residents voiced their concerns to District Supervisor, Dave Finigan, who informed the public that the mountain lions are a protected species and unless  there is a direct threat to safety the Fish and Game Commission will not do anything.

Residents reiterated the happenings on LeClair where one family lost two goats recently. One person captured a picture of the mountain lion on her porch and another saw in broad daylight the mountain lion with a small dog in it’s mouth.

There was a petition signed last night by the residents who live here, they want to relocate the mountain lion, however under law that is not an option. If the mountain lion is deemed an eminent threat on public, the Fish and Game have to eliminate the threat.

According to the Fish and Game statistics, since 1986 there have been 15 attacks on humans; three which were fatal. The youngest was a five year old. This information came from Andrew Hughan of Sacramento who has worked with California Fish and Game for five years and who considers himself an expert on Lion behavior and policy. Hughan said it is unlikely any incidences would occur in town because the lions don’t want anything to do with people. Dogs and cats, yes, absolutely.

Mr. Hughan asked if any 911 calls had been made. He wanted dates, times and places of incidences and stated he had not received any complaints from Fish and Game in Del Norte County. Mr. Hughan was advised of the concerns for the children who will have to wait in the bus stops in the early mornings come this fall to which he replied, “I can’t afford to post a game warden at the bus stops.”

Hughan further stated, “If we have been contacted and are negligent we will deal with it.” Mr. Hughan gave his cell phone number for anyone who wanted to call and report their particular incident. The number is 916-201-2958.