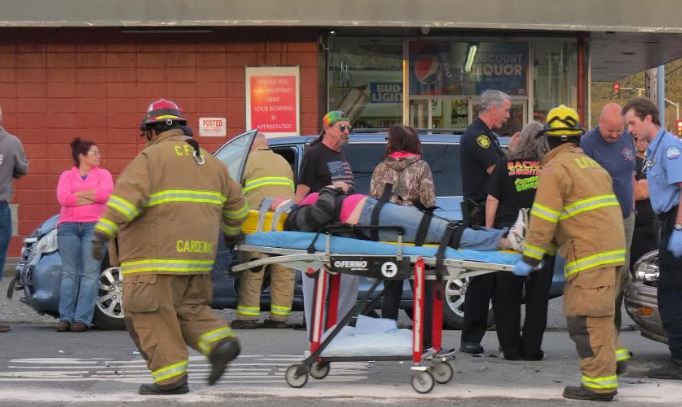 A 3-car accident at the 9th Street Liquor store on the corner of 9th and J streets in Crescent City was called in to 911 emergency around 5:25 pm.  Shortly after the call all emergency vehicles arrived on the scene along with tow trucks.

One of the cars, a Buick,  had disabled plates.  The driver was OK, but the Jaws of Life had to be used to cut open the top of the car to extricate the others which were taken out by stretcher.

Within an hour, streets were cleared of all emergency and damaged vehicles and the road was opened to the public by 6:25 pm thanks to the efforts of all the responders; police, fire department and ambulance.