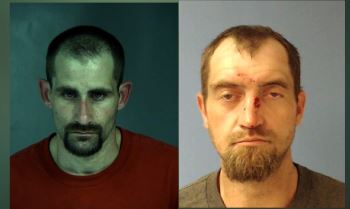 By Donna Westfall – September 23, 2016 – Facebook postings earlier this week asking if anyone heard about a woman being murdered on Meridian Drive took a sad turn when a release by the Del Norte County Sheriff’s office told of  60 year old, Deborah Fillman, was found dead, and her car stolen.

On Monday, September 19th, Deputies were called to the 400-block of Meridian Drive in Crescent City.  Coincidentally, Steve Fillman, 60 years old, was one of two bodies retrieved from the Smith River when the van he was driving crashed into the rushing currents.  It took months before the vehicle and bodies could be retrieved.  The passenger in the van was Fred Hansen.

Deborah Fillman’s missing vehicle was found Tuesday in Eureka with a male and female both from Crescent City  inside. The driver was arrested for vehicle theft and is currently in jail.  No names have been released.

The investigation is ongoing.  Could there be any connection between the deaths of the two Fillman’s?  Are there forces at work that wanted these two people dead (or three people)?  Or are these two unrelated incidents?