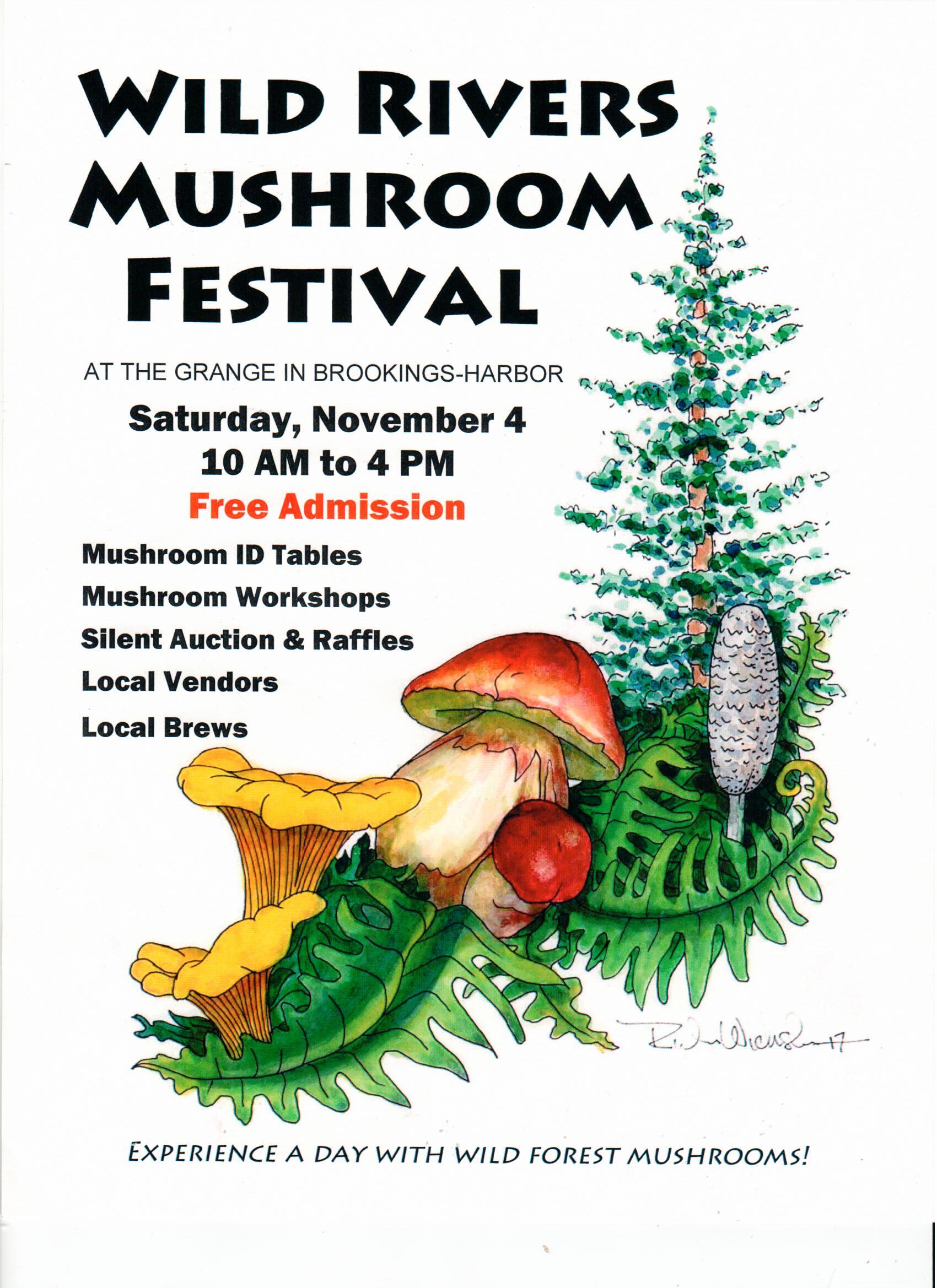 The first weekend in November is prime Chanterelle mushroom season along the southern Oregon coast, and this is the region’s most prolific edible mushroom, so the club anticipates having lots to show off and talk about at their first mushroom festival.

Some of the activities festival-goers can expect include: an identification table filled with examples of the region’s fungi, both edible and non-edible; vendors selling all manner of fungi-related products – including fresh edible mushrooms; and workshops throughout the day, including presentations on growing, harvesting and using both wild and cultivated mushrooms.

The highlight of the Festival will take place in the afternoon at the Chetco Activity Center (2:30 to 4:00), when renowned mycologist Dr. Dennis Desjardin will present a new talk entitled “Understanding Mushrooms”.

Dr. Desjardin has published over 140 refereed scientific papers on the taxonomy and evolution of mushroom-forming fungi in which he described 260 new species and 7 new genera. He has active research projects in the Hawaiian Islands, Micronesia, Thailand, Malaysia, Indonesia, Brazil, the African islands of São Tome and Principe, and is the leading authority on the origin and evolution of bioluminescent fungi.

Dennis is also co-author of the new field guide California Mushrooms (Timber Press, 2015), and he will be signing copies of this book after his presentation.

The festival is being supported by Travel Oregon, Oregon Coast Visitors Association, and the City of Brookings.