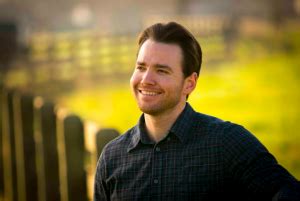 Today I had the chance to speak from the main stage at CPAC in Dallas, Texas. The title of my address was “A Warning to the Nation.” You can watch and read the full speech here. Below are a few excerpts.

***
Good morning. I am one of 19 Republicans in the California State Assembly. Democrats control three-quarters of the Legislature. They hold every statewide office.
For years, this Supermajority caused California to decline – until our current Governor took office and brought that decline to a total freefall.
For the first time in history, more people are now moving out of our state than moving in. U-Haul has literally run out of trucks.
***
Gavin Newsom’s California is not a model for the nation. It is a warning to the nation.
It is a warning that the same political playbook that’s ruining the greatest state in the country now threatens to ruin the greatest country in the world.
I am running for the United States Congress because we simply cannot let that happen. And we certainly can’t let it happen at the hands of Gavin Newsom himself.
***
My friends, we have a very different model for the nation. Our model for the nation is the one that created this nation – one with freedom at its foundation.
Educational freedom, economic freedom, medical freedom, religious freedom.
This is the model for an overwhelming Republican victory in the midterm elections.
In just three months we can put the brakes on Biden’s train wreck of an Administration. We can remove the Speaker’s gavel from Pelosi’s hands for good. We can realign American politics for a generation to come.
And we can turn the page on this dark era of government control by lighting a new spark of liberty.
Help me bring this message to Washington
Share on Facebook