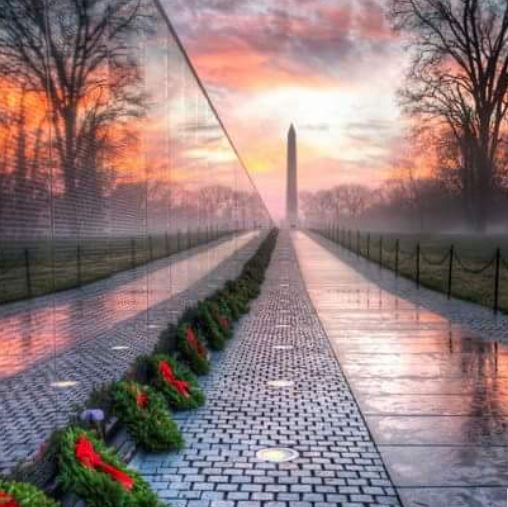 National Vietnam War Veterans Day on March 29 honors the men and women who served and sacrificed during the longest conflict in United States history.

It was on March 29, 1973, when combat and combat support units withdrew from South Vietnam. Generations later, Veterans of this time period are gaining the respect that was not so freely given upon their return. Involving five U.S. presidents, crossing nearly two decades and 500,000 U.S.military personnel, it left an indelible mark on the American psyche.

Returning Veterans did not always receive respectful welcomes upon their arrive on American soil. There were 58,000 killed, never to return. National Vietnam War Veterans Day recognize the military service of these men and women who answered the call to service their country when she needed them. They didn’t make the decisions to go to war.

On National Vietnam War Veterans Day, we recognize the service and duty rendered by all servicemen and women of this era.

Around the country, commemorative events, speeches and luncheons are being held inviting Vietnam Veterans as honored guests.  Thank a Vietnam Veteran.  Buy them a drink or lunch.  Send them a shout out using #VietnamWarVeteransDay on social media.

U.S. Sens. Pat Toomey, R-Pa., and Joe Donnelly, D-Ind., introduced legislation in 2017 to honor Vietnam Veterans with a day on the anniversary of the withdrawal of military units from South Vietnam.  President Donald Trump signed the Vietnam War Veterans Day Act on March 28, 2017, calling for U.S. flags to be flown on March 29 for those who served. Doug Westfall says, “Besides me, there were the biggest Rats that I had ever heard of down that passage way where I slept.

I slept with a knife in each hand to deal with them. The guys would have to throw things at me to get my attention.”

Pictured below is Doug Westfall, 1970 in Da Nang, Vietnam, overlooking the harbor.