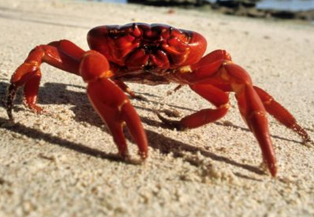 The California Department of Public Health issued warnings to consumers not to eat crab caught along the California coast between Santa Barbara County and the Oregon border.

Due to a neurotoxin found in toxic algae blooms, dangerous levels of domoic acid can pose a significant risk if consumed.

Symptoms of domoic acid poisoning may include vomiting, diarrhea, abdominal cramps, headache and dizziness and can occur within 30 minutes to 24 hours after eating the toxic seafood.

Because of unusually warm ocean temperatures, the West Coast has seen a proliferation of algae blooms.  The toxin is linked to the algae bloom.   The toxin  has affected shellfish and sickened seabirds, seals, dolphins and whales.  Biologists tested crab from eight ports from Morro Bay to Crescent City, and determined that domoic acid levels are exceeding the State’s action level.

It would be wise to avoid eating Dungeness and Rock crab for now.