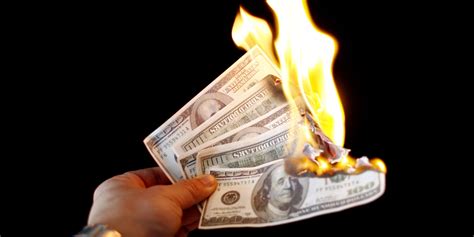 With all the celebration of the swearing in of newly appointed
Supervisor Fifth District, Susan Masten, the question became, “Would
anything really change?”  We have the answer to that, No! The Board of
Supervisors remains firmly locked in the oh, so, bland state of
uniformity, conformity, with no sign of life. Today’s Board of
Supervisor’s meeting was another nod to the abject uselessness of the
necessity of the Board to meet. Bureaucrats need only to propose ideas
and the “rubber stamp” can descend.    Plaques for “meritorious”
service, back slapping, decorations called proclamations, and new hire
introductions abound.   If only something understandable would surface
to claim the title of the rational for the Supervisor’s to even be in
attendance.

After a mind numbing parade of Supervisor reports, the consent agenda of
fifteen items went off without a hitch, 5-0, though not without the
newest member of the Board, Ms. Masten’s, attempting to be relevant
immediately by requesting yet another committee be formed.  Maybe she
needs something to do on Saturday night.  After Supervisor Hemmingsen
and Matsen managed to fumble their way through that minor conundrum, the
Supervisors managed to redirect their attention to the embarrassment of
Public Comment exposing another failure of County Government to address
a rather straight forward community complaint.  That of dogs running
loose in Fort Dick.  None of these folks must have been around when even
harmless dogs in Fort Dick were shot on sight with no consequences to
the shooters.  Times have most certainly changed.

The Board then quickly addressed a zoning change, somebody who is
obviously important in this case, and a long, likely very costly and
pointless “Study” of the housing “element” for Community Development.
Classic bit of government waste to tell someone else in government about
property available for development and the projected needs for the
community for housing over the next eight years.  Oh, absolutely vital
to the needs of the community, particularly when addressing the “needs”
of the twenty five percent of the county residents that cannot afford to
buy or rent a place to shelter themselves under any of the County’s
plans of development.  An hour well spent.

Relegated to “regular items” status, the Board took up the Report
regarding the potential loss of Measure “R” funding for the County, and
as expected it was the usual whine of inconsolable grief over the
prospect.  Public comment went much the same way with Candidate for
Fifth District Supervisor,  David Jones, coming out in favor of Measure
“R”, something to keep in mind fifth district voters, and a long lament
by SEIU Union President, Norma Williams, exposing the Union’s hypocrisy
over what might happen should Measure “R” go down in November.

The lament by the usual suspects was followed by a sad soliloquy by no
other than Supervisor Howard of the Board’s sincere attempt to address
the community’s “Whys” by being “proactive”.  Howard’s “proactive” means
expanding government with no intended success at the community’s
expense.  What a guy!  This was followed by yet another mechanism of
evasion by the County when County Council Joel Campbell-Blair, indicated
that should the November repeal be successful, it would in no way hinder
the County’s continued collection of Measure “R” funding.  The wording
of the repeal did not address the County’s ordinance was his explanation
and therefore, did not affect the County’s ability to continue with
taxpayer theft.   This is but the protracted effort by County government
to continue to evade having to address the promises made when the
Measure was first proposed, no additional government employees to be
paid for with Measure “R” funding.

The Meeting concluded with more money being transferred to Health and
Human Services for  “a budget housing unit” of in excess of one million
dollars and Measure “R” money  to be spent on “vital” interior
renovations to the Fireside Room of the Veterans Memorial Hall.  This is
likely not the end of “vital” expenditures of Measure”R” funds that
voters approved in 2020 that the current Board members will grace with
the “rubber stamp”.  And, Why it will become necessary to draft a new
repeal measure for November to eliminate the County’s slush fund before
it sends us all into the mouth of government dependence and completely
empties wallets….  Are you hearing this, those that currently work for
County government and do not have the luxury of a six figure salary?
Are you hearing this, those that voted for Measure “R”?

One thought on “New District Five Supervisor, No Change 5-0”