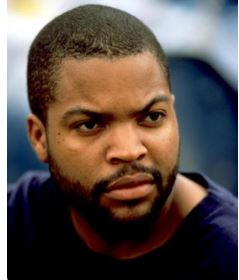 Following my criticism, Gavin Newsom has suddenly cancelled his trip to Scotland for the UN Climate Change conference.

The California Globe asked: “Did Kevin Kiley shame Gov. Newsom into cancelling his much-anticipated UN trip?” A spokesperson “declined to comment about what prompted Newsom to change his plans.”

Granted, the Glasgow “delegation” still includes cabinet members, legislators, and the lieutenant governor. But Newsom is grounded in California.

Not that he’s doing anything useful. His hapless response to the port crisis is threatening the U.S. economy. I’ve issued a formal request, signed by other Republican Assembly Members, for a Special Session of the Legislature to alleviate the backlog.

At the same time, five more In-N-Out locations have been shut down in the Bay Area. Florida, home to the nation’s lowest COVID case rate, is telling the burger joint it’s welcome there.

But it’s getting harder to fully leave California’s problems behind: Our ports throttle the national economy. Our fires pollute the rest of the country. Our political leaders fail up to the White House.

In many ways, the fight for California’s future is a fight for America’s.

Support the fight against Newsom

NOTE BY EDITOR, DONNA WESTFALL: – WHILE NEWSOM CONTINUES HIS “STATE OF EMERGENCY” REGARDING WEARING MASKS AND GETTING VAXXED, 52 year old RAPPER, “ICE CUBE” has reportedly walked away from a $9 million dollar payday after quitting Sony’s upcoming comedy, Oh Hell No, because he refuses to get vaxxed.