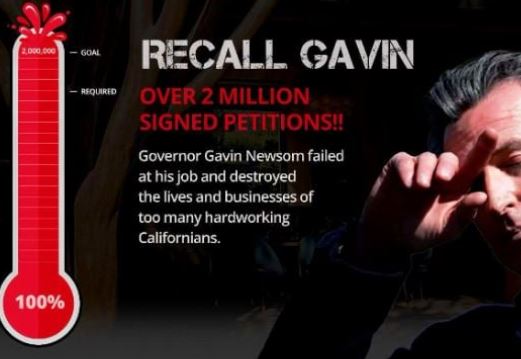 Now that more than enough signatures have been collected what happens next?

Per reporter, Tal Azelrod, “The signatures now go to 58 county elections officials for verification. Should enough signatures be verified, California Secretary of State Shirley Weber (D) will notify counties by May 9 that the recall has qualified and then give voters the chance to withdraw their signature by June 21. Counties then have until July 6 to inform Weber if there are still enough signatures. Weber will officially certify the signatures on Sept. 17, the same day the actual date of the election will be scheduled.”

Assuming 617 thousand signatures are not withdrawn, then September 17th is the date to look forward to.  According to procedural steps, a recall election is to take place within 60 to 80 days of signature verification.

You can bet money that the Democratic party will start blaming the Republican’s for the recall. After all, 64.1% were Republican’s that signed. 23.3% were No Political Party. 9% were Democrats. 1,6% Other. But understand this, the direct mail campaign did NOT target Democrats. That 9% that signed, came from Democrats that sought out the petition at either an outdoor signing table/booth or online.

Also keep in mind that our Secretary of State is a Democrat.

Should the recall election take place in November, 2021, then there will probably be a number of local issues also on the ballot. Here are a list of possibilities:

Repealing the 1% sales tax for the County and City.

Recalls of some supervisors.

Seceding from California and joining Idaho.