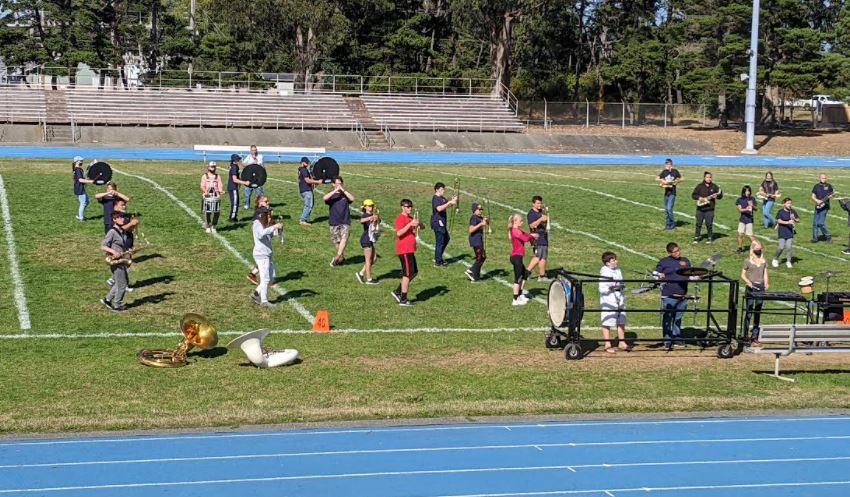 We were in the parking lot of Safeway on Friday, October 1st. Beautiful, familiar classic melodies were coming from somewhere in the parking lot. In fact, when we followed the music, it was from an electronic violin and the young man playing was of concert quality caliber. How do I know the quality of his playing? From being raised around the Los Angeles Philharmonic Orchestra and having a sister in training to be a concert pianist. Music was an integral part of our lives.

Back to the music in the Safeway parking lot, while playing the violinist had a friend holding up a sign, “Need money to stay in a hotel. Please help.”

I didn’t forget that I voted for the “no solicitation policy” on the City Council a decade ago. But this was different. It wasn’t just some guy standing on a street corner begging for money and not knowing if it would be used for drugs or alcohol instead of food and lodging. This guy at Safeway’s parking lot was performing and the service he performed was well worth a few dollars donation.

While my son was growing up, he would take up one instrument after another and play in bands. Oftentimes they would perform in such places as in a park or by the library in Santa Barbara. FREE to the public and for the publics enjoyment. These days, his two daughters are both singers, writing their own compositions, and producing CD’s.

Out of a dozen grandchildren, our local grandson is part of several bands. He’s learning to play drums, steel drums, banjo, ukulele, guitar and more. The high schooler’s in the Del Norte High School band are practicing for hours and hours for days and days. Starting at 9 am this morning and quitting at 4 pm. That’s the type of dedication it will take to make a good marching band.

Marching while playing is not an easy task. There’s learning how to stand. How to side step. How to play your instrument. How to keep in time between playing and marching.

On October 6th, they will be engaged in competition in Grants Pass against other bands.

We wish them good luck.

One thought on “Nice to hear live music again”