No Its Not Christmas Season, Its Election Season 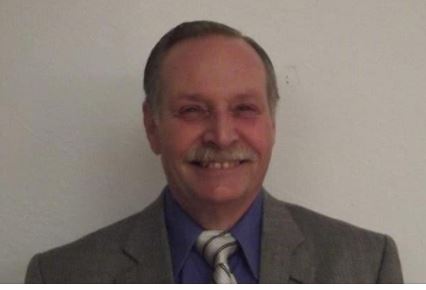 Opinion and Commentary by Samuel Strait

It is not often, since November of 2019 that my mailbox has had the
temerity of accepting campaign flyers and advertising.  All that changed
today when the first of the often offensive literature appeared in said
mailbox.  The usual glib, short and to the point flyer making all sorts
of fantasy like promises to fix this and fix that was the tone of this
particular missive. Inflated claims to years of government service, the
county dog catcher perhaps.  Apologizes to the reference to the local
Animal Control Personal, as they would be  unlikely to descend to the
level of prevarication most in politics descend and what the flyer has
proudly proclaimed.

GOALS, the flyer announces with the sincerity of a used car salesman.
First on the list is “to improve the standard of living for everyone in
our community” as if this was even remotely possible.  “TOGETHER WE CAN
MAKE A DIFFERENCE!” is the next in line for a comic routine.  Increase
affordable housing.  Reduce unemployment.  Improve Healthcare.  File
Grant Funds to improve roads, bridges, and highways.  None of which has
been offered in at least the last twenty four hours as a mechanism for
making a difference and improving local standards of living.  The same
old tired theme that has no real solutions for anything.  What’s
happened to improving police, fire, and emergency services.  Oh, wait
that’s for when the government wants more money.  Word salad for those
that barely pay attention to the appeal for votes. Roadside litter, or
destined for the trash in most houses.  Gone is the time where
candidates put shoe leather on the ground of a door to door campaign to
meet those that they intend to represent.  Gone is the eye contact with
those whose lives you will be representing for their benefit.

It is often said recently that those that govern have “lost touch” with
those they govern.  Government no longer is made up of the opinions and
troubles of those in the community, government by the people, for the
people, and of the people.  Too often the governed are the last people
in line when it comes to those that govern, except during election
time.  The wallets are opened and the propaganda is sent out to the
community with the sincerity of the con men politicians have become.
Unfortunately few have the time to educate themselves on those intending
to be the government.  Instead of being truly representative most
candidates resort to the United States Postal Service to do their
campaigning for them, after all five thousand colorful flyers are a
small price to pay to avoid meeting your constituents face to face.  So
what is all this leading up to you might ask?

The flyer in question was likely authored by some slick publicity firm
intending to give the community something to think about before voting
for Brian L Stone, candidate for Supervisor in District Four.  As I have
said previously in this piece, it makes all sorts of promises and
urgings to work together for nothing but “Hot Air”.  Nothing of real
substance, nothing that provides any path to solve anything listed,
simply said nothing of any importance.  Mr. Stone is but a hollow man,
who author’s fantasies galore.  Years on the Harbor Commission have
produced nothing but further problems he claims to have solved.  A
financial train wreck waiting for the next huckster to make promises as
Alex Lemus has to the harbor’s continuing issues with money.
Transporting Monterey Bay to Del Norte County, just one unrealistic
“plan” to turn the harbor around.  Solar panels from a bankrupt company,
owing the harbor hundreds of thousands, and saddling them with the cost
of managing and maintaining this disaster in the making.

From the tone of the flyer, Brian L Stone wishes to “jump ship” from
the harbor debacle of his making and apply his “tender” touch to the
County at large.  Solar panels for everyone?  Ferris wheels and
carnivals at a County Park near you?  I can hardly wait!  Is this who
you want representing you in District Four?

One thought on “No Its Not Christmas Season, Its Election Season”