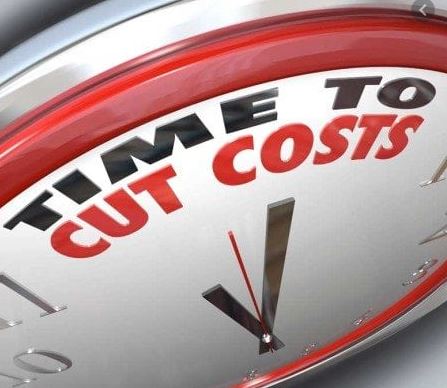 It seems that there isn’t much question that we are being ill served by most of the local and state representatives that are supposed to be looking after our interests.   Furthermore, it seems that both parties, Democrat and Republican, are both on the same page when it comes to reaching in our pockets for more tax money when they should be looking to tighten their collective belts, just as their constituents have had to do for the past seven months.  I must admit that it was a genuine shock to get the Republican flyer in the mail, you know the anti tax Republicans, asking their voters to support the passage of the 1% sales tax hike in both the City and the County.  Of course the Democrat flyer showing support for the hikes was no surprise at all.  I am not sure exactly what planet the County and City representatives live on, but it hardly represents much of an understanding of how things fare in the world outside of government.
What seems to be a cruel joke being placed on both the City and County residents is the claim that services that should be a priority for both governing bodies, police, fire, and emergency services are the ones being claimed by both governments as those needing supplemental funding through the tax increase.   Clearly, the two governments should be able to find many other services currently being offered that can be put on hold?  But, no, it is always these three services government seems to place out there in front of voters as being LEAST important in the confines of the regular budget, and therefore; the first in government whimperings as the target of additional revenue.  Kind of got that backwards haven’t they?  Someone, and I mean LOCAL VOTERS, should be very wary of electing public representatives who think like this, Lorie Cowan, Chris Howard, Gerry Hemmingsen, Bob Berkowitz at the County, and Blake Inscore, Heidi Kime, Alex Fallman, Isaiah Wright, and Jason Greenough at the City.
What is even more galling is that a County Bureaucrat recently announced that the County’s shortfall has been made whole by money received from the Federal CARES Act, yet the tax increase is still on the November Ballot, both political parties exhorting their voters to approve both sales tax hikes, and no sheepish mea culpa by any local representative.
The tax increases IF PASSED will mean that local citizens will be forced to pay yet more taxes with NO SUNSET (Won’t end anytime soon), taxed at a higher rate FOREVER.  California, Crescent City, and the County of Del Norte, has sentenced its inmates death by a thousand tax cuts if this is NOT DEFEATED, MEASURES S AND R.  Vote NO!!!!!
Those that are moving forward to the Ballot Box with this pair of tax increases clearly do not understand the concept of tax avoidance, something Del Norte County and the City both already pay a heavy price for the difference in gas and sales taxes being collected by local businesses.  In Oregon, a mere twenty some miles to the north, has ZERO SALES TAX and gasoline at nearly $1.00 per gallon cheaper than we have here locally.  What about those two massive incentives to spend money in Oregon do our local government officials not understand.   As a warning to anyone who wishes Del Norte County and the City to remain at least somewhat functional as an independent economy from Brookings, these two sales tax increases must be defeated soundly!  Not by a little bit, but in no uncertain and overwhelming terms!
DO NOT BE DECEIVED!  No citizens advisory committee can be an effective means of insuring the money if these measures pass, will be spent correctly.   These taxes will provide a slush fund somewhere in the general fund that will allow both governments to continue their respective profligate spending unchecked.  Rarely, if ever, does the public hear about lavish parties, travel, and ill advised spending, yet it DOES OCCUR.
One final thought, When propositions are proposed at the State level, most are not the work of everyday citizens and are likely on the ballot for the express purpose of some moneyed group and are NOT beneficial to the average citizen.  This year’s Proposition 19 for example, contains all kinds of flowery language about how it will help everyone including Donald Duck.  This proposition is for the express purpose of raising property taxes on Commercial Land.  Businesses on Commercial property are not the ones that will be paying that increased property tax.  YOU, the consumers, of that business will be paying those increased taxes in the form of higher prices for products and services.  If passed Proposition 19 may also have the effect of closing current businesses, having them move out of state and reduced competition among those that remain, all negatives for the consumer and will contribute to even more increased cost to the public.
In this time of the Pandemic, governments at all levels should be working hard to reduce the burden on the finances of every day people, not making it harder.   VOTE NO ON MEASURES S &R!!!