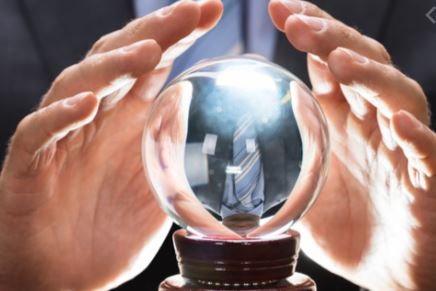 Out with the old scoundrels, in with new scoundrels, it seems that Del
Norte County can’t catch a break.  Those of you in districts one and two
might have thought you were voting in someone new who would protect your interests, think again.  In a recent article in the Crescent City Times
titled “They’re at it again.  Chris Howard wants to be Chair,
again…This is how you allow corruption to exist.” was a clear
indication of the state of affairs in the County’s Board of
Supervisors.  As predicted, Chris Howard was nominated, a second was
offered, and Chris Howard became the new chair of the Board of
Supervisors,…. again, by a vote of 5-0.  And I did not even have to
resort to Tarot cards or a crystal ball to predict the outcome…..Las
Vegas anyone?

This morning’s Board meeting commenced with the Pledge of Allegiance,
then with almost unseemly haste moved into electing the Chairman,
without the required step that allowed PUBLIC COMMENT.  Had it not been for psuedo Supervisor Bob Berkowitz’s call for point of order, the
required period of public comment might have been consigned to the
proverbial trash can as it has so many time in the past five years.
THIS IS THE STATE OF THE PAST FIVE YEARS UNDER THE HOWARD/HEMMINGSEN AUTOCRATIC RULE.  An effort by current chair, Gerry Hemmingsen to over ride Berkowitz’s point of order was met with resistance from County Counsel, no doubt wanting to avoid potential litigation over this clearly improper rush to coronate Chris Howard.  Reluctant Supervisor Hemmingsen grudgingly allowed for public comment from zoom attendees, written e-mails and letters, not with out continued effort to avoid all of them.

Quickly wrapping up the comments, in Hemmingsen’s eyes as distasteful
and unnecessary, the Board moved quickly to asking for nominations, sans public comment by Board members.  After receiving an unacceptable nomination which was quickly dismissed like a wayward child that lacked a mother’s permission slip, no second was offered.  Then the theater began,  like robots, new Board members Valerie Starkey and Darrin Short provided the necessary nomination and second for Chris Howard  to become the next chair…again.  The vote was 5-0.  Was I clairvoyant  or what.

Nothing changes.  As long as the public allows for this kind of
representation, the public will continue to have imperfect governance.
The Board is supposed to be composed of five distinct and equal
representatives, each to look after his or her district’s citizens.
When the Board has consistently ignored certain districts in favor of
others, this is not equality.  Much of the blame can be laid at the feet
of your representative if they are willing to accept being treated like
trained monkeys. Their representation and choices are not theirs to
treat lightly, but must reflect the choices of their constituency.
Participating in obvious predetermined lock step with other members of
the Board is not a transparent government and makes it more difficult
for voters to have trust in these kinds of performances.   For new board
members, this can only lead to being one termers as former Supervisor,
Ms. Cowan, learned first hand.

NOTE BY EDITOR Donna Westfall: Recalls can be started this year.

One thought on “Nothing Changes at Del Norte County BOS”