Oh, No, Not Another Story About The Fire Assessment, Part Two 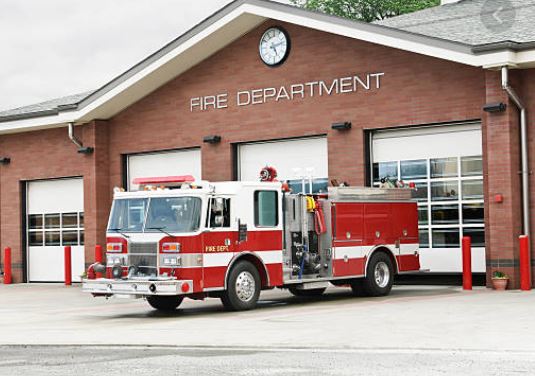 It is important to understand that as time goes on and circumstances
change, your local fire district is operating under those same kinds of
changes.  It is the District’s position that the changes to be made to
its current operating structure include a hybrid volunteer fire and
emergency team to respond to service calls in an expedited fashion.  In
order to accomplish this desire, increased funding that would enable the
District to cover its current operations, budget inflation and the new
paid positions is necessary.  Hence a targeted benefit assessment from
several other funding choices available has been proposed which would
encumber approximately 5,000 parcel owners within the District’s
boundaries and generate an estimated $421,000 per year over the first
ten year cycle.  The benefit, after the initial ten year period could be
increased by the Crescent Fire Protection District Board by a maximum of
2% per year without further voting by the parcel owners.

While what is being termed as a sleeper response team, it represents the
most significant change in the ten year plan.  The plan continues in an
effort by CFPD to be proactive and plan for future cost increases and
needs.  This initial benefit of $98 total is intended to address future
training needs,  major equipment replacement costs, the new captains
hire, inflation, and many other identified requirements for the District
to maintain its current levels of service and even exceed it.

The CCTimes has carefully examined the Master Plan and offered numerous
questions regarding budget deficits, types of service calls, feasibility
of 24 hour on site service capability with volunteers, the issue of paid
employee creep which afflicts many tax funded organizations, slush funds
and their accountability, percent of actual fire related calls compared
to other calls. the effect of Measures S and R to the District’s
financial health (A big ZERO at this point) and many other citizen
related questions. The Master Plan is not an end all be all road map to
the District’s future.  There have been a number of alternate visions by
those interviewed outside the fire fighter community that could be
explored and as the current deficit spending seems to have been
temporarily arrested, it would have been beneficial to have explored a
few of those alternatives before resorting to the parcel tax.

The CFPD serves about 13,000 individuals and has a reciprocal agreement
with the City’s Fire Department which include another fire station and
5,000 additional individuals.  While service outside the boundaries of
the District are rare, about 30 incidents per year (per Chief
Gillespie), it does happen. According to Fire Protection data Fire calls
no longer dominate the service calls in most Fire prevention systems as
emergency response to medical issues has leaped to the fore.  The CFPD
is no exception as over 60% of all service calls are related to medical
responses.  Fire calls have dwindled to near 10%.  The Master Plan is
certainly aware of this change, but does not appear to have identified
this change in the way and manner that the District responds to those
service calls in the Master Plan.  This over site in the plan has
elicited numerous questions and complaints as to how this has happened.

While much of the remainder of the Master Plan is a repeat of what has
gone on before, it is refreshing to note that the District does seem to
be aware of other means to attract funding and renegotiated agreements
with the City have brought the budget in line for a possible balanced
state for this cycle.  This does not seem to be a regular practice in
many government departments who often quickly resort to the taxing
process as a first step before cutting unnecessary expense.  The CCTimes
would like the current CFPD to continue with an aggressive approach
particularly towards possible grant funding in the future.  With the
current change in direction of the District’s finances, it might have
been prudent for the District to call upon its residents to pressure the
County for money from Measure R prior to accepting the risk of another
failure at the ballot box to the tune of another drain of $100,000 or so
from the District’s coffers.

On to the grand finale, Part three where the parcel owners get their
say.  Stay tuned.