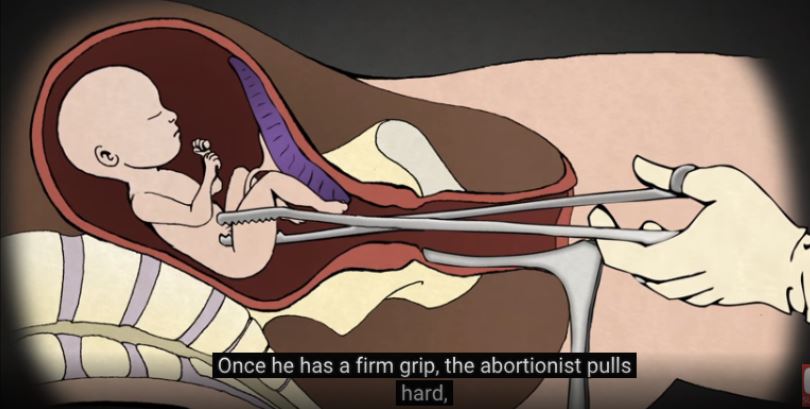 According to the Guttmacher Insitute, the dismemberment method of abortion, which rips a child’s limbs from his or her torso, is used in about 95 percent of all second-trimester abortions.  No anesthesia is used even though pre-born can feel pain and respond to stimuli as early as 8 weeks.

Planned Parenthood, which receives $1/2 billion dollars from the Federal government each year and arranges a multitude of abortions is most likely going to see their income reduced in 2019.  Taxpayers are sick and tired of funding a procedure that is tantamount to murder. With President Trump at the helm, we’re hoping to see the day when PRO-LIFE facilities gets some of taxpayer dollars to promote many of the same things as Planned Parenthood:

BUT instead of abortion, teaching pregnant women options to save their baby from abortion.

The new legislation will outlaw dilation and evacuation abortion procedures commonly referred to as D&E or dismemberment. It will also penalize doctors who break the new law and continue to commit these barbaric abortions.

For women, the risks of dismemberment abortions include perforation of the uterine wall, injury to the uterine lining or cervix, infection, uterine rupture, blood clots, and even the possibility that parts of their deceased and dismembered children will be left in their uterus. Women have died as a result of botched D&E abortions.