On The Road Day Seventeen And Eighteen 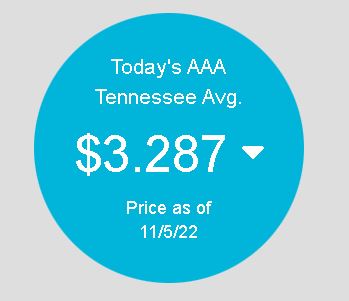 It is with some regret that we are leaving the New Bern area, but new
adventures await as we head West towards Tennessee, Kentucky, and
Western Virginia.  We continue to enjoy $3.00 gasoline and Crispy Creme
Donuts as we travel.  This morning we are headed for Raleigh, the State
capitol, also home to three of North Carolina’s major Universities.
Raleigh itself, named after a 16th century English explorer, who left
the first English Colony at Roanoke that mysteriously disappeared in the
intervening year between landing and the return of new colonist the
following year.  There are plenty of museums and entertainment in
Raleigh, but we elect to give it a pass and head for Cumberland Gap,
Kentucky/Virginia/Tennessee.  The place must be schizophrenic to be in
all three states at once.

Cumberland Gap, is a narrow path through the Appalachia Mountains, and
the gateway to what was then considered “The West” in colonial America.
Kentucky, then was part of North Carolina, and the goal for many new
immigrants for the freedom offered by the barrier of the mountains from
the coastal colonies and the British government.  Immigrants from
Ireland, Scotland, Germany, Switzerland, and other Countries of Western
Europe flooded through the port cities of the Carolina’s to face the
hardships of starting from scratch with often little to sustain them.
And we think we have it tough in twenty first America.  Try out being
one of the more than 100,000 souls that braved the wilderness to start a
new life in the raw wildness of eighteen century America.

We ended the day after traveling through the “new” tunnel of nearly a
mile in length into the Kentucky town of Middlesboro, at the base of the
mountains and the entrance to the Gap.  Previously it was a booming town
in the eighteenth century that enjoyed mining the vast resources found
in the mountains when coal and iron were the building blocks of Northern
industry before the turn of the century. Recent years, environmental
obsession has made the town look to a new economy based largely on the
parade of vacationers from the cold northern states on their way to the
sunny shores of Florida.  Ideally situated about halfway to Florida, a
burgeoning industry of of tourist related entertainment and shopping
opportunities sprang up on both sides of the mountains to resurrect
every place in the surrounding area.  While interstate highways  have
made travel to Florida much faster, the lure of “something to do” to
break the monotony of the lengthy trip has stood the area great favor
and continues to be a mecca for the travel  break.

More for the Del Norte County leadership to learn from.  You don’t
become a “Travel Mecca or a Destination Resort” without lots to do.  The
end of Day Seventeen.

Day eighteen begins with a trip up to the overlook above Cumberland Gap
and the grassy plains of Kentucky spread out before us.  The day
commences with the landscape cloaked in mist which quickly burns off.
The look out above the Gap seems impossibly high, yet only clocks in at
2600 feet.   I guess when most “mountains” in the East are rarely more
than large hills in the West, 2600 feet in the East seems respectable
for a mountain. Cumberland Gap was a strategic point during the Civil
War and during many of the conflicts with Native tribes,;  hence, the
obligatory cannons placed around the area.  Cumberland Gap in the rear
view mirror, and Pidgeon Forge in front of us.  Yes, that’s right
Pidgeon Forge, where there is a continuous stream of tourist related
activities and places to spend those tourist dollars.

That’s a continuous stream of economic activity which lures in many a
tourist.  A knife palace, similar to a Cabela’s, something most folks in
virtuous climate change California, Oregon, and Washington would be
horrified by.  Plastic Straws and single use shopping bags on every
counter.  Guns and ammunition in piles, plus knives in every
configuration possible.  But we are here for the historical artifacts
that can be purchased on the lower floor, plus a rubber ducky for our
canine traveling companion.  On to Tennessee’s aviation museum before
our 3:00 pm scheduled boarding of a full sized reconstruction of the RMS
Titanic.  Yes, we both go down with the ship, but hey, third class
wasn’t so bad for the three and a half days we are on the ship.  By the
way, first class passengers didn’t fare much better.  Those that fared
the best were women and children.  Sometimes it pays to be young and the
fairer sex.

We had planned for a couple of stops West of Knoxville for Saturday, and
were warned that the Tennessee/Georgia football game was on tap for
Saturday afternoon.  Best get West before the fanatics descend on the
town.  Looked like the fan were coming in early, as the stretch on the
highway towards Farragut and Oak Ridge had all the entertainment of
urban chaos.  Cars in a parking lot made more headway.   Admiral
Farragut’s home and the Manhattan Project are on for the morning.  We
are safely tucked up for the evening and a change of plan puts heading
north to Michigan off for another couple of days.  Day Nineteen and
Twenty coming up.