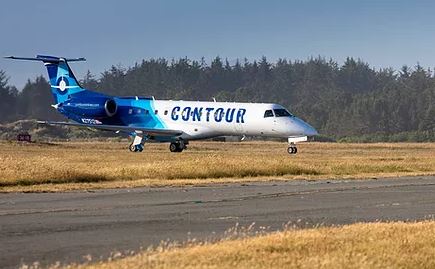 I used to fly regularly out of Crescent City, when there was service to
San Francisco.  I am sure that this was the case for many a local
traveler in spite of the iffy weather that made the flight down a
challenge.  Since the service first went to Portland, Oregon, and now to
Oakland California, I have elected to take a different approach to
traveling by air.  Flying out of Crescent City is no longer an option.
I suspect that many local public officials have also taken a new
approach from using the Crescent City Airport to travel to Sacramento
for government business since having to deal with Pen Air going to
Portland and then Contour Air going to Oakland.

The Border Coast Regional Airport Authority for some time has avoided
dealing with the critical issue of airlines transforming their fleets to
all jet travel.  As a result there is an inexplicable lack of
understanding that in order for the airport’s traffic to increase and
thereby grow, two things should have superseded any effort to build a
new terminal.   The first being a longer runway to accommodate the new
fleet of fifty passenger jets that were going into service to replace
ageing twin prop airplanes which had previously serviced Crescent City.
The second was to continue service to both Sacramento and San
Francisco.  Once that had been accomplish then the currently under
utilized new terminal would have made sense.

With the existing service provided by Contour Air of a single flight
each day, the maximum enplanements will only reach 10,950, a substantial
decline.  If Contour Air were to exercise it’s options of providing
three extra flight per week, the total would reach a bit over 15,000
passengers per year.  I doubt that Contour Air has been able to attract
10,000 enplanements in a calendar year let alone 15,000.  That will
never happen with Oakland being the only destination.  What the
Authority failed to account for, is that air travel itself is prone to
difficulties, particularly when utilizing a medium sized airport, which
Oakland most certainly is.  While Contour Air recently acquired an
agreement with American Airlines which has some what streamlined the
process, it will not be able to overcome cost and convenience issues
found in a major airport such a SFO.

Traveling, business and Sacramento travelers are all affected by using
Oakland as an intermediate stop and have begun using Medford or Arcata
as an alternative airport.  This will continue to happen until air
traffic is once again using San Francisco.  Contour Air will continue to
operate until the lack of growth will force them to abandon Crescent
City as Pen Air did before them.  At that point, if it hasn’t already
occurred, how will the BCRAA pay the County back for the matching money
paid to construct the new terminal?  A better question might be asked,
is the BCRAA even paying back the loan from the County?   Engaging
Contour Air may seem like a step up for air service to and from Crescent
City, but it is actually a step backwards. The new terminal Will become
an unnecessary burden before too long, and then what will the BCRAA do?

7 thoughts on “Our Airport”