Our Dimwit In The State Senate, Mike McGuire 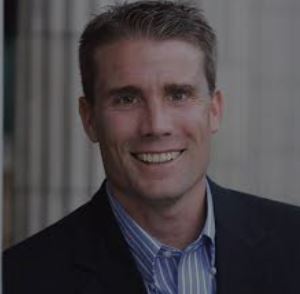 With all of the current problems being faced by North Coast residents
you would think our State representatives would be spending a majority
of their time seeking solutions to those problems.   State Senator for
the North Coast, Mike McGuire is too busy trying to emulate the
denseness of the brain that currently occupies the Governor’s mansion,
in Sacramento,  Presently occupied with a largely theater like
performance to stop “toxic coal trains” from traveling up the coast via
an old rail line that hasn’t been used in years.

The defunct North Coast rail line which formerly allowed train traffic
north out of Willits is the target of Senator McGuire’s recent outrage
when his pet project of turning the line into a hiking and biking path
connecting San Francisco Bay with Humboldt Bay had been derailed when
the prospect of a private company objecting to this conversion.  Seems
they have $1.2 billion to invest in restoring the line for use hauling
freight to Humboldt County.  While it is likely that McGuire is more
concerned about the loss of his “new” toy, the hiking/biking path, he
claims that the rail line is to be used as a pathway for coal out of
Utah to a trans shipment point in Humboldt for shipping coal out of the
country to Asian customers.  In Asia, where there is a market for coal
to generate power, could provide a customer for the Utah coal.

As coal has become “persona non grata” here in the US in favor of
natural gas, Montana, Utah, and Colorado, all land locked states which
produce millions of tons of coal each year are looking for new markets
overseas.  Seems there are countries in the world that are not as
concerned with “climate change” as some are here in this country.
They, as a consequence have elected to use coal as a cheap energy source
to power their respective economies.  Since they currently receive coal
from Australia the chance that they would elect to purchase coal from
Utah is a stretch at best. But, worry not citizens of the North Coast as
evaluation of the proposed train route have not penciled out as a
favorable shipment prospect for the coal mines in Utah.  Coal would
still be much cheaper if purchased from Australia.

Nice that our fuzzy climate hugging Senator seemed to be unaware that
all his worked up outrage was pointless, just as the vacuum in his brain
can’t seem to focus on “real” problems to be solved here on the North
Coast.  Climate change is most certainly well down the list of issues
occupying most who live in Del Norte County.  The prospect of “toxic
coal trains” rumbling down the track as though this was 1850’s will not
be on the radar for those planning for Mr. McGuire’s reelection bid this
November.  We here in this County would certainly like to think that
Last Chance Grade might be just a bit higher on the urgency list than
even the prospect of a pointless and expensive launch into the “Great
Redwood Trail” a three hundred and sixteen mile hiking extravagance that
does little to satisfy local needs.  But, hey, what are our
representatives good for, not much.

When it comes to generating a viable economy that is competitive with
our neighbor twenty miles up 101 to the North, not so much as a
whisper.  When it comes to solving our housing crunch, or homelessness
crisis, missing in action.  How about Last Chance Grade, yes, maybe by
2039?  There are likely many more issues where Senator Dimwit could be
of help, but his back is always poised to be turned to the North in his
district.  Votes from Del Norte County are pretty slim pickings for him,
but in the climate change South in his district, any effort by him to
appear to be “saving the planet” from that dastardly faux problem of
“toxic coal trains” is right in his wheel house.  It is a shame that Del
Norte County remains tied to the likes of Senator Mike McGuire.