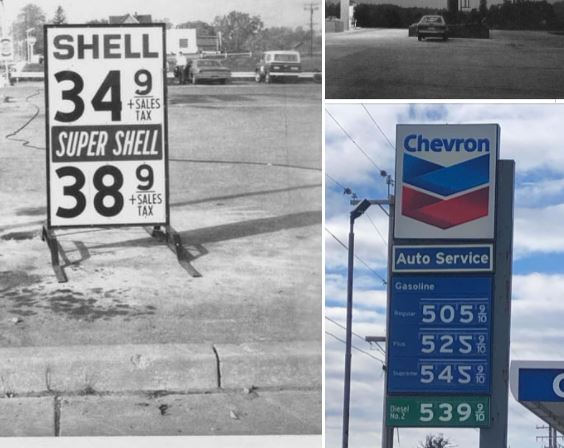 Last week, I was watching an old movie, Die Hard, with a rather young looking Bruce Willis starring. If you remember the movie, there was the scene when a body came flying out of the Nakatomi Bldg and landed atop an LAPD unit. The police car then began moving erratically and in the scene in question, blew past an ARCO station. if you were observant you noticed the price of Regular gas at $.79 a gallon.

That prompted me to think a bit when Die Hard was produced and released:. The movie was filmed in 1987 and released in 1988.

Posted are fuel prices in southern California for the following years

Each of you reading this post are quite aware of the minimum wage you earned on your first or second job. Does it relate to a 639% increase?

Inflation is now with us for what I predict will be until the next election cycle.

It is painfully obvious our local government will say or do nothing to offend the State, Gov. Newsom or our Federal partners who are deaf, dump and blind to the pain at the pump you are suffering.

But, the good Dr. (just call him God) Stutz is not ready to release this ridiculous mask mandate through the Holidays.

One can see clearly what Crescent City, Del Norte County and the State of California’s priorities are.