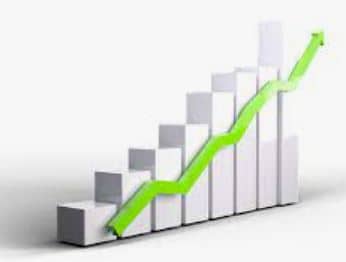 There for a lengthy period of time the annual attempt by Pacific Power,
mostly successful, to raise the cost of electricity to Northern
California, was submerged by the relatively stable cost of fueling its
effort.  It did give rise to another issue, that of maintaining its
infrastructure and maintenance of its transmission lines.  Now that
carbon based fuels have exploded in cost, and the dangers fires sparked
from power lines and brush filled right of ways have affected Pacific
Power’s bottom line and likely the ability to generously fund investor’s
portfolios, suddenly Pacific Power has identified a “need” for “wild
fire mitigation strategy”.

This rather feckless attention to the customers it claims to serve,
appears more to satisfy investors rather than those that pay ever
increasing electrical rates, for the indifferent service Pacific Power
provides.  Already encumbered with years of increasing rates, and the
collection of fees to remove Klamath River Dams, Pacific Power is
attempting to leverage “fire suppression” into a quest to be approved of
a 26% hike in electric costs to be born by the Utility’s customers for
something they should have been doing all along.

In an announcement from Pacific Power about their intentions, there is
the usual spin about how diligent they have been to keep cost increases
down, before quickly reverting to the inevitable, Climate Change.  Looks
like that has become the normal solution for “all” issues of an
ineffective government, that have now migrated over to major
corporations.  As with governments, the solution to all of Pacific
Power’s “fire suppression” problems is to hire more employees in the
form of meteorologists, emergency management staff, and transmission
line inspectors.  Sound familiar?  New equipment and brush management to
mollify the customers, likely in token amounts, all to the tune of a
mere $28 million to support “investments” already forced upon them.
This is nothing but a Measure”R” and “S” ploy to deceive Pacific Power’s
customers that they are doing something more than what they already
should have been doing without the need to gouge its customers even further.

Naturally there is the usual line about being “industry leading”, kind
of sounds like a Newsom rip off, and concern for its customers.  The
California Public Utilities Commission will make a decision as to
granting the rate hike after a suitable time for public comment.
Normally the request for a rate hike can take up to eighteen months, but
Pacific Power is seeking to ram the proposal through the CPUC with only
a thirty day public comment period.  The speed of this maneuver can only
be likened to Pacific Powers attempt to deny the public’s right to a
proper review. The announcement continues with a long winded series of
pronouncements over the company’s concern for those that will not be
able to afford the increased power bills.  A litany of programs and cost
savings for low income rate payers follow to increase the likelyhood
that most rate payers will roll over and accept the dizzying upward
trend of the rate increase.  After all, billionaire Warren Buffet must
not be denied any chance at a substantial profit from his investment in
Pacific Power.

When PG&E proposed a similar rate hike of 18%, for Northern California
this year, the CPUC was flooded with calls from rate payers that short
circuited the effort by PG&E to gouge its customers.  Hopefully the same
public engagement will occur to prevent the Pacific Power greed of a 26%
increase on your power bill, never likely to diminish.