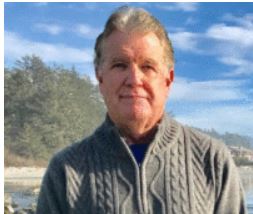 It was one of those days that you only needed intermittant windshield wipers on.  The weather wasn’t dry, but not quite rainy Thurday morning, April 5th.

Jake Smith was first to speak and had a beautiful tri-fold brochure to hand out.  What impressed me about Jake was his years of experience with CalTrans…over three decades. The next thing that caught my attention was his statement, “Our county budget is currently limited; let’s seek new solutions that do not require raising our taxes and fees.”  Music to my ears because government can never get enough money out of it’s constituents. Just witness the Crescent City, City Council. They’re the perfect example of always trying to raise sewer rates.  When was the last time they cut anyone’s salaries? One would think it was sacreligious to cut salaries. But other communities can do it, why not ours?

Karen Sanders, Chair of the Republican Central Committee wanted to know where Jake Smith stood on SB54, Sanctuary State.  He’s against it, unlike Chairman of the Board of Supervisors, Chris Howard who voted,”NO” about sending a letter to our legislators to vote against SB54.  Howard has represented District 3 for the last three years and thinks he deserves another four.  Jake Smith is running against the incumbent because things haven’t been done in his neck of the woods.  Things like a Sheriff’s sub-station because right now response time is anywhere from 25 to 45 minutes.  In an emergency that could be the difference between life and death.

One thought on “Part 1: Republican Candidates for Supervisor Attend & Speak at Women’s Meeting”