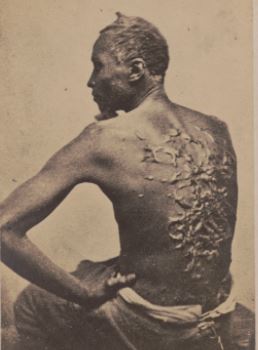 Simple answer, No! Slavery has not ended. It’s worse today than ever before. And, if we’re not careful, America will become a nation of slaves.

What is a slave?

It’s someone forced to work against their will. In addition, owned or controlled by an “employer.” They are often treated badly; beaten, lacking the basic necessities of life like adequate food, shelter, and clothing. Treated as a commodity and bought and sold like property.

Would you believe that there are currently over 40 million people enslaved across 167 different countries. The majority of them are women and children.

Of the 167 countries actively involved in slavery the top six boil down to this list and guess which country has the most? If you guessed India you would be right. China takes second place with North Korea coming in sixth.

In America, slavery was started in the 1600’s when British privateers seized about 19 African’s from a Portuguese ship and took them to Virginia. It lasted until President Abraham Lincoln issued the Emancipation Proclamation on January 1, 1863, as the nation approached its third year of bloody civil war. Congress passed the 13th Amendment by the necessary two-thirds vote on January 31, 1865, and it was ratified by the states on December 6, 1865, ending legal slavery in the United States.

Usually when I see BLM, I first think, Bureau of Land Management. It’s taken some time to shift gears and think Black Lives Matter. Currently, a little over 13% of the US population is Black or over 40 million people. That number would have been much higher if Black women didn’t opt for abortions these last 48 years. One has to wonder about enslaving the minds of women to think that Choice is really a good option? For hundreds of years, blacks in America were treated as inferior human beings. They were handled like property. They had no rights. Many were mistreated.

Even though legally slavery was ended in America, and nearly 4 million slaves emancipated in the 1860’s, it took another 80 years for neoslavery to end. There were loop holes in the law.

Even George and Martha Washington had slaves. It was considered part of their property. While George may have been more open minded about the moral issue of slavery, his wife was not. It was a different mind set in those days.

What are the benefits of slavery? Ask Apple, Lebron James, AVON, GE, AT &T, Nike, Coca Cola and a whole slew of others. Cheap labor means more profit. Can you imagine anyone giving up their cell phones because they thought hundreds of thousands of people making them were treated badly?

Let’s take a gander at what well known companies say and then what they do:

From a December 5, 2020 article by Nick Cohen in The Guardian, “Apple was lobbying against the Uyghur Forced Labor Prevention Act, which would require US companies to guarantee they do not use imprisoned or coerced workers from Xinjiang…. Nike and Coca-Cola were lobbying too. They all condemn forced labour and the ethnic persecution in Xinjiang and, in the words of Apple, say they have “found no evidence of forced labour” on their production lines. Nevertheless, they fear the act’s ambitious requirements could wreck their supply chains in China.”

28% of manufactured goods are now made in China (2018).  The United States used to have the world’s largest manufacturing sector until China overtook it in 2010. When President Trump made promises to bring back business to employ American workers, he kept his promises. Now, Biden is like a wrecking ball destroying all the gains made by Trump. And it doesn’t seem like the leftists care that our country is being destroyed.

Freedom of speech is going. The 2nd Amendment is being attacked.

One day, if the TOTUS (the Thief of the United States) Biden and his minions continue on their course; our nation will be enslaved most likely by the Chinese Communist Party due to the greed of those currently in power and those making a fortune by using slave and cheap labor. And when that day arrives, Black slavery from Civil War times will seem like a cakewalk. Because it won’t be only four million Blacks. It will be nearly 330 million White-Americans, Latino-Americans, Asian- Americans, Native American’s and Black-Americans.

If AMERICAN’s don’t start standing together and acting as one, our nation will end. Don’t think for a second that Biden/Harris/Pelosi can unite our country. It doesn’t suit their agenda!