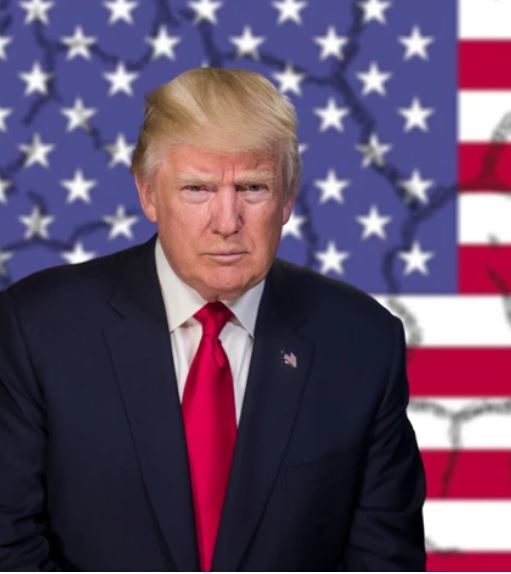 “We all knew that the Biden administration was going to be bad. But none of us even imagined just how bad they would be and how far left they would go. He never talked about this. We would have those wonderful debates. He would never talk about this. We didn’t know what the hell he was talking about actually.

His campaign was all lies. Talked about energy, I thought I said, “This guy actually, he’s okay with energy.” He wasn’t okay with energy. He wants to put you all out of business. He’s not okay with energy. He wants windmills, the windmills. The windmills that don’t work when you need them. Joe Biden has had the most disastrous first month of any president in modern history. That’s true. Already the Biden administration has proven that they are anti jobs, anti-family, anti borders, anti energy, anti-women, and anti science. In just one short month, we have gone from America first to America last.

There’s no better example than the new and horrible crisis on our Southern border. We did such a good job. It was all worked. Nobody’s ever seen anything that we did. And now he wants it all to go to hell. When I left office just six weeks ago, we had created the most secure border in us history.

We had built almost 500 miles of a great border wall that helped us with these numbers because once it’s up, they used to say, “A wall doesn’t work.” Well, you know what I’ve always said, walls and wheels. Those are two things that will never change. The wall has been amazing. It’s been incredible and little sections of it to complete, They don’t want to complete it. They don’t want to complete little sections in certain little areas. They don’t want to complete. But it’s had an impact that nobody would have even believed. It’s amazing considering that the Democrats’ number one priority was to make sure that the wall would never, ever get built, would never, ever happen, would never get financed. We got it financed. We ended catch and release, ended asylum fraud, and brought illegal crossings to historic lows. When illegal aliens trespass across our borders, they were properly caught, detained and sent back home. And these were some rough customers.

It took them the new administration only a few weeks to turn this unprecedented accomplishment into self-inflicted humanitarian and national security disaster by recklessly eliminating our border, security measures, controls, all of the things that we put into place. Joe Biden has triggered a massive flood of illegal immigration into our country, the likes of which we have never seen before. They’re coming up by the tens of thousands. They’re all coming to take advantage of the things that he said that’s luring everybody to come to America. And we’re one country. We can’t afford the problems of the world, as much as we’d love to. We’d love to help. But we can’t do that. So they’re all coming because of promises and foolish words.

Perhaps worst of all, Joe Biden’s decision to cancel border security has single-handedly launched a youth migrant crisis that is enriching child smugglers, vicious criminal cartels, and some of the most evil people on the planet. You see it every day, just turn on the news. You’ll see it every day. Under my administration, we stopped the child smugglers. We dismantle the criminal cartels. We greatly limited drug and human trafficking to a level that nobody actually thought was possible. And the wall helped us a lot. And we protected vulnerable people from the ravages of dangerous predators. And that’s what they are dangerous, dangerous predators.

But the Biden administration has put the vial coyotes back in business and it has done so in a very, very big way. Under the new administration, catch and release has been restored. Can you imagine? We work so hard, catch, you know where that is? You catch them, you take their name, they may be killers. They may be rapists. They may be drug smugglers. You take their name and you release them into our country. We did the opposite.

We not only didn’t release them, we had them brought back to their country. Illegal immigrants are now being apprehended and released along the entire Southern border, just the opposite of what it was two months ago. They weren’t coming because they couldn’t get in. Once they think they can get in, they’re coming. And they are coming at levels that you haven’t even seen yet, by the hundreds of thousands, by the millions they’ll be coming.

The Biden administration is now actively expediting the admission of illegal migrants, enabling them to lodge frivolous asylum claims and admitting them by the thousands and thousands and thousands a day, crowded together in unsanitary conditions, despite the ongoing economic and public health crisis, COVID-19, or as I call it, the China virus.

Joe Biden defunded the border wall and stopped all future construction, even on small open sections that just needed to be finished up routine little work, it’s already been bought. Wait until the contractors get to them. And they say, “No, it costs us much more money not to finish this small section than if we finished it.” That’s going to be nice. Wait until you see those bills start pouring in.

He revoked the executive order cracking down on deadly sanctuary cities. He has effectively ordered a shutdown of ICE, halting virtually all deportations, everyone, murderers, everybody, no more. Let’s not deport people and restricting our law enforcement professionals. And they are great professionals. You have many of them represented here today, from conducting almost any immigration enforcement of any kind. The Biden policy of releasing criminals into the US interior is making America into a sanctuary nation where criminals, illegal immigrants, including gang members and sex offenders are set free into American communities.

The Republican party must hold Joe Biden and the Democrats accountable. They ripped up the diplomatic agreements we negotiated with Honduras, Guatemala and El Salvador to shut down illegal immigration. They got a fortune, they got paid $500 million a year. When I came into office, those countries were refusing to take back illegal alien gang members, including MS 13, the most vicious probably of them all. No matter where you go in the world, MS 13, they do things that even the worst don’t think about. So I asked how much do we pay these countries? How much do we pay them? Sir, we pay them approximately $ 500 million a year. It’s a lot of money.

I mean, it’s peanuts compared to the way other countries rip us off, but that’s a lot of money. I said, “Okay, we aren’t going to pay them anymore because they wouldn’t take back the criminals.” And this was true with the Obama administration. It was true for many, many years. So we’d catch a murderer. We’d want to bring them back to Guatemala, or Honduras, or El Salvador. They wouldn’t take them back. “No, we don’t want them.” We’d fly them in. They wouldn’t let the plane land. We’d bus them in. They wouldn’t let the buses get anywhere near the border.

And when illegal aliens came across our border, they were rapidly deported and lovingly accepted by those countries from where they came. And it worked out great. So now they accept the people and that we ultimately got along very well with those countries, those three countries and many countries throughout the world, because they respected us again. They didn’t respect us. They couldn’t believe what they were getting away with. But now, Joe Biden has wrecked this great deal, wrecked it. And they’re already doing what they were doing before and they’re taking the money. And that’s just a small portion of what’s going on.

To top it all off, the Biden people are pushing a bill that would grant mass amnesty for millions of illegal aliens while massively expanding chain migration. That’s where you come in and everybody comes in, your grandmother, your father, your mother, your brother, your cousins. They come in so easily. So, so crazy. So crazy. It even requires that the US government provide a legal border crosses with taxable funded lawyers, lawyers, everybody need a good lawyer? You can’t have one. They get the lawyers, they get lawyers. They’re probably very good too.

The Democrat immigration bill is a globalist corp. You take a look at the corporatist, big tech attack on hardworking citizens of every race, religion, color, and creed. And Republicans must ensure that it never is allowed to become federal law, which is what they want to do.

We must stand tall in the party. We have to do this. We have to stand tall as the party for law abiding Americans and others, when they’re in our country. Border security is just one of the many issues on which the new administration has already betrayed the American people. He didn’t talk about this stuff. I debated him. He wasn’t talking about this. What he signed with those executive orders, they weren’t things that were discussed. We didn’t know all about him and the press because they’re fake news. They’re the fakest fakers there are.