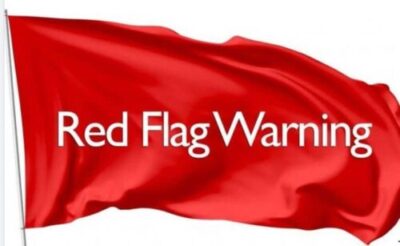 Can the Crescent City Harbor Survive yet Another Self-Inflicted, Self-Serving Scam?

Eye on Del Norte will reveal a nexus connecting:

Earlier, Eye on Del Norte brought to the Community’s attention the grandiose Solar Engery project forwarded by Investment Banker Alex Lemus of Miami, Florida. Mr. Lemus is the CEO of Renewable Energy Capital Investors. Harbor Commissioners are tasked with important decisions to either continue the venture or pull back from this undertaking.

The Commission, led by two active and past presidents of the Commission Wes White and Brian Stone, who’ve championed this Solar Project from the beginning, in a quid pro quo, has supported ” full redevelopment ” to the Lemus Group; this includes the complete makeover of the two recently acquired RV Parks: Bayside and Redwood Harbor. Quite naturally, tenants in the Parks are agitated and concerned about their continued occupancy and justifiably feel evictions are imminent. True or False, that’s the perception of what many of the tenants believe.

Both Parks were acquired under very questionable circumstances. Redwood Harbor Park was expropriated by the Commission in May of 2017 when the Park was owned by Rachel Towe, an 86 year old octogenarian who then with her now-deceased husband ran the Park as Harbor RV Anchorage for many, many years. Acting in an act of continuous bad faith for at least two years, then-Harbormaster Richard Young under the supervision of the Harbor Board consisting of White and Stone, failed to negotiate a lease in good faith and when the Anchorage lease expired, simply assumed control of the property and the now-widowed Mrs. Towe was unceremoniously removed. And not a dollar was paid to Mrs. Towe for this clearly unethical behavior.

Similarly, the Harbor compensated the owners of Bayside RV $600,000 and acquired that property.

White and Stone oversaw both transactions.

For almost a decade, the Commissioners have failed to dredge the Harbor… by dragging its feet through the ever-growing sludge and sand buildup, specific Harbor tenants were unable to function at maximum level. Commissioners were well aware of the need to dredge and in what I can only label as a sinister plot to implement its undisclosed agenda, injuring certain Harbor tenants, these Commissioners acted with depraved indifference to the needs of these tenants. It is my opinion, this ignoring and discounting of the priority to dredge was initiated by certain Commissioner zealots with a not-so-public agenda to put selected business OUT OF BUSINESS and replace with another type of tenant: a hotel.

It is only in the last few months with an unprecedented level of community pressure and scrutiny, a very disingenuous old guard in the personna’s of White and Stone, have suddenly done an about face of their previous unethical behavior, in what I can only describe as faux concern and disingenuous contrition. The lack of sincerity by Mr. Stone who bragged about his recent call to a Congressman seeking help by requesting the Army Corps of Engineers remove overflowing dredge ponds, is outrageous!!This fact was already well-known to the Corps and to the Harbor…but missing and still missing is the appropriate Water Quality Board permit to dispose of the sludge. That location still remains unknown. Harbormaster Tim Petrick stated the answer to the site for dredge pond removal “May be nine months away…” and the clock continues to click affecting the very tenants mentioned above.

*DESTRUCTION OF THE HARBOR:

IF the Lemus Group is granted its lease for “complete redevelopment, ” the toll on long-term residents of both Parks will be profound. Other businesses will also be dramatically affected. I need not remind any of you reading this post, Renewable Energy Capital Investors is a for-profit enterprise.

The Red Flag is up and flapping vigorously in more than a brisk Crescent City breeze.