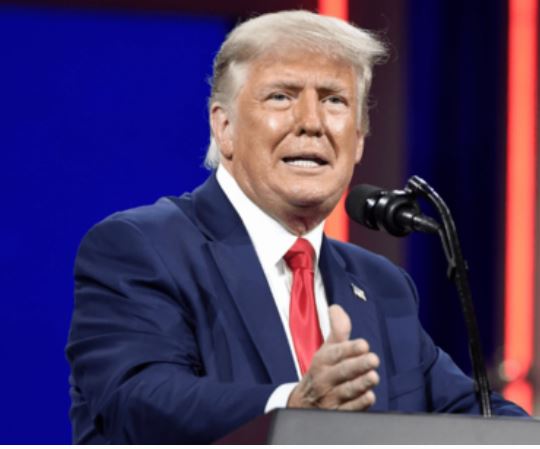 “Or if the media did its job, which they don’t, they’re callous indifference to working family is equally clear when it comes to the critical matter of getting America’s children back to school. And they must get back and get back right now, right now, crazy. Terrible. Terrible.

The Biden administration is actually bragging about the classroom education they are providing to migrant children on the border. While at the same time, millions of American children are having their futures destroyed by Joe Biden’s anti-science school closures. Think of it. We’re educating students on the border, but our own people, children of our citizens, citizens themselves are not getting the education that they deserve. There’s no reason whatsoever why the vast majority of young Americans should not be back in school immediately. The only reason that most parents do not have that choice is because Joe Biden has sold out America’s children to the teacher’s unions.

His position is morally inexcusable. You know that. Joe Biden has shamefully betrayed America’s youth. And he is cruelly keeping our children locked in their homes, no reason for it whatsoever. They want to get out. They’re cheating the next generations of Americans out of the future that they deserve. And they do deserve this future. They’re going to grow up and they’re going to have a scar.

It’s a scandal of the highest order. And one of the most graven acts by any president in our lifetimes. It’s the teacher’s union, it’s the votes and it shouldn’t happen. And nobody has more respect for teachers than I do. And I’ll bet you, a lot of the people within that union, they agree with everything I’m saying. Even the New York Times is calling out the Democrats. The mental and physical health of these young people is reaching a breaking point. Tragically, suicide attempts have skyrocketed and student depression is now commonplace and at levels that we’ve never seen before.

The Democrats now say we have to pass their $1.9 trillion boondoggle to open schools, but a very small part of it has to do with that. You know where it’s going, it’s going-

Well, part of it has to do with that, you know where it’s going, it’s going to bail out badly run Democrats, that is so much of it. But billions of dollars for schools remain unspent from the COVID relief bills that were passed last year. So on behalf of the moms, dads, and children of America, I call on Joe Biden to get the schools open and get them open now. They’re a great thing to do.”